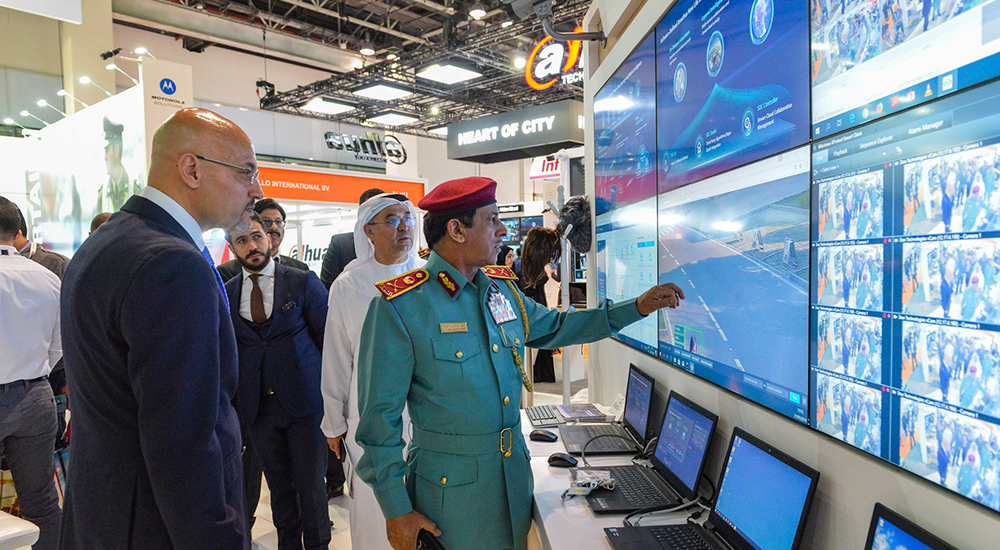 The Middle East, with its predominance of critically-vital hydrocarbon, energy and utility plants, is set to become an early adopter of the latest AI-influenced identity and face recognition technology as commercial building security rises up the region’s infrastructure agenda, according to experts.

With new insights from 6Wresearch estimating a 16.6% compound annual growth in the region’s commercial security market over the next four years will reach $8.4 billion, the international industry says owners and operators will employ the very latest technology to ring fence their assets.

The forecasts are borne out by the commercial security sector at Intersec, a trade fair for security, safety and fire protection, which will run at the Dubai World Trade Centre from 19-21 January next year. Commercial Security will be the second largest exhibitor segment at the show accounting for nearly a third of the 1,100 participants. Fire and Rescue will be the show’s largest segment with over 400 exhibitors.

Whether exhibitor expectations reflect market realities will become clearer at the Intersec Arena and Intersec Future Security Summit. Here experts will examine the feasibility of securing the IoT World and connected devices and the digital technology revolution’s impact on the security industry with industry focusses on retail, banking and finance, oil and gas, utilities and infrastructure.

“It’s where the transformation pioneers will meet the planners and eventual purchasers,” explained Andreas Rex, Show Director for Messe Frankfurt Middle East, which organises the event. “These are the forums where the future will become clearer and we’ll all get a better understanding of just how secure we will be and how.”

“AI is a real gamechanger,” said Amine Sadi, Regional Sales Manager, Middle East and Africa, Milestone Systems. “AI systems can analyse massive amounts of data, which is beneficial for reviewing hours of surveillance footage. By learning how objects move and what they look like, the AI applications can rank the data and make decisions based on it. Machine learning and artificial intelligence assist by analysing data that has not been organised or labelled in advance, finding discernible patterns and helping to search for unknown output to solve problems.”

Sadi said the global video management industry is witnessing unparalleled innovation by creating new opportunities for the use of technology to protect people and assets, helping to optimise business and the way people live and work. “According to The World Economic Forum, more than one trillion sensors will be connected to the Internet by 2022,” he explained.

Sadi said demand for smart solutions and machine learning technologies will be fuelled through the adoption of the Internet of Things and AI technology. Executives surveyed by the PwC Global Digital IQ Survey bear out his predictions with 73% saying they are investing in IoT and 54% committing to AI.

Milestone Systems anticipates that within the Middle East, the UAE, as a proven early technology adopter, will lead the way in the adoption of AI systems. “At a national level an example of this is the launch of its National Cybersecurity Strategy, with the aim to create a safe and resilient cyber infrastructure in the UAE following the EU GDPR initiative,” explained Sadi. “From a business perspective we see a rising demand for bringing AI and business analytics into the projects, which we can deliver thanks to a strong partner base that can integrate leading market solutions to our VMS.”

Such is the company’s belief in the potential of the Middle East that its Dubai regional headquarters has been chosen to host the company’s largest event, the annual Milestone Integration Platform Symposium for EMEA and APAC, next April.

“It has a relevant impact in reducing residual risk, when the intention is to make the access to a critical infrastructure or an industrial site safer,” explained a company spokesperson. “The key trends shaping the future of commercial security in the Middle East will be video surveillance, access control and integrated and centralised management of security systems on a common platform.”

At Intersec 2020, Euklis will demonstrate its FaRe 3.0 Hybrid, Identity and Face Recognition Platform which provides a suite of advanced security functions for automatic identification and authentication of people, vehicles and objects.

“It is hybrid because it simultaneously uses pattern matching and machine learning recognition technologies and it is anti-spoofing. Moreover, it is the only platform which is independent from the point of recognition, in other words, from the system in use, whether these are VMS, access control systems or PSIM. Our solution does not require any software development by system integrators only a configuration, implemented through an innovative approach.”

Euklis also claims FaRe 3.0 Hybrid can be integrated to existing systems without the need to replace them. “The main security functions are monitoring and security, access control, tracking, forensics, face detection, document control, advanced parking, marketing and statistics and it’s possible to request the creation of plug-ins that implement customisations,” said the spokesperson.

Euklis, which began working in the GCC five years ago, said it has the region’s urban security, airports and industrial sites in its sights. 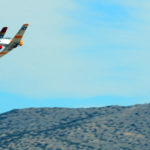 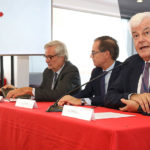 View All
More in artificial intelligence