Unless you have been living under a disconnected rock, you will know that the Internet of Things has developed to become a new substrate layer of web-driven intelligence that is helping to connect our world. Fueled by data from sensors, cameras and all manner of gyroscopes and accelerometers, IoT gives us a new power to monitor, track, analyse and act upon the data being created in the world around us.

But you already knew that part. As we head in to 2019, the issue at hand for us now is what happens next in the Internet of Things. We need to focus on how we build the infrastructure that serves the IoT and how we create the higher-level technology fabric that feeds off it.

A crucial factor for organisations looking to channel IoT is the need to create new business models. New operational frameworks must be customised to the needs and requirements of the machines and people populating the IoT ecosystem.

We have reached a few watershed moments with IoT already. We know that the initial years saw too many products developed with inadequate—or non-existent security provisioning. The security debate will always be there, but services have now come to the fore in terms of how we lock down data in the IoT.

People—users and sometimes also wearers of technology will now be central to the debate going forward. The fact that people will be carrying wearables so much more means we will know a lot more about the status of every individual in every situation.

Let us think of possible future scenarios. For example, there may never be a standard health insurance policy needed anymore, because insurers will know more about people from the get-go. Users will really just pay for what they consume, leading us to a more consumable future.

But none of these advancements are possible unless we have access to a system of action that allows us to leverage the information coming out of the IoT in the first place. To put it another way, all the IoT things are useless, unless you can drive action from the information and alerts that they generate.

As we look to use this new system of action, we can point it towards the specific components of IoT that we are actually interested in. If you think about all the devices and data out there as the IoT universe, then there is a tighter orbit around your own organisation’s personal IoT universe.

These are the things and the data that matter to you. Once you focus in on these elements, you can map your desired business outcomes against the IoT through an intelligently architected approach.

The term desired outcomes might sound a little strange, but it is easy to put them into context. From a health-tracking wearables standpoint, a user would typically have a variety of desired outcomes including, for example, a target heart rate, blood pressure, weight and so on. Any diversion from desired outcomes might cause the user to change their exercise regime, alter their diet and perhaps ultimately visit the doctor.

Cars are another good example—desired outcomes for car use would include fuel consumption per gallon, performance and the need for week-to-week maintenance.

We can go further with automobiles because they have become smart enough to track whether we are a safe driver based upon our behavior on the road. In the EU for example, if a driver shares their streamed dash cam data with an insurance company which recognises that driver’s safety, then the driver may be rewarded with a lower insurance premium.

In this last example, the scope of our desired outcomes has widened, but we will fail to benefit from them unless a system of action is put in to place, in this case to provide the service of a lower premium. Without the system of action, the driver drives safely, the dash cam records it and sends the data onward, the insurance company gets to identify safe drivers and perhaps also accident blackspots, but the safe driver gets no reward.

This ability to act now, element of how we interact with IoT data was brilliantly expressed by Chris Mazzei, in his role as EY Global Innovation Technologies Leader and Global Chief Analytics Officer. He said, “There is an acceptance that AI will change everything in ten years’ time, but little appreciation of how it could, and should, impact businesses right now.”

So, as we move forward in to 2019, and more and more devices become connected, we are seeing the same challenges that have been experienced across enterprise IT now appearing in the world of IoT, especially Industrial IoT.

This reality is especially prevalent if we look at how we want to manage the functionality of IoT devices. We need to be able to understand how devices are performing relative to each other while also providing the requisite level of security for each device. This is not just about managing the break-fix elements of the IoT. It is about analysing the data to optimise business processes and drive new business models.

There are huge data lakes created by IoT and we know that. As businesses become truly digital, they will discover that they know more clearly what they want to get from the universe of data that is being created, enabling them to more intelligently ask the right questions in the first place.

They will know what the desired outcomes are and thus what questions to ask to drive their system of action into decision-making, paving the way for a truly consumable IoT from end to end.

Are there enough ways to generate meaningful benefit from your transformation investments today rather than tomorrow, asks Chris Pope at ServiceNow. 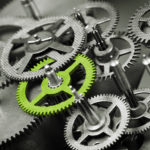 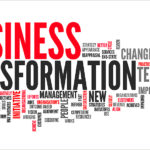 Top technology disruptions that businesses may not see coming