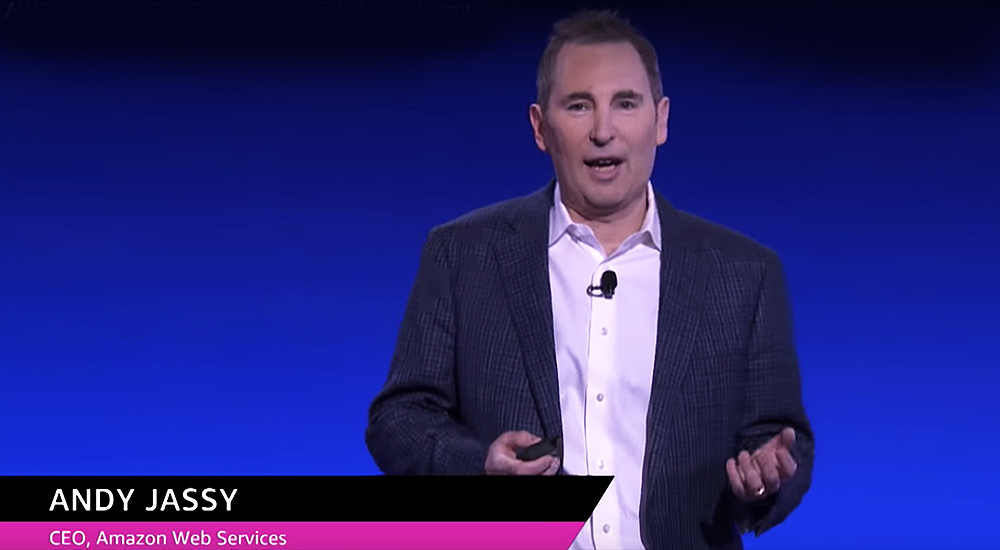 Amazon Web Services, announced opening of the AWS Middle East Bahrain Region. With this launch, AWS now spans 69 Availability Zones within 22 geographic regions around the world, and has announced plans for nine more Availability Zones across three more AWS Regions in Indonesia, Italy, and South Africa. Developers, startups, and enterprises, as well as government, education, and non-profit organisations can run their applications and serve end-users from data centres located in the Middle East, as well as leverage advanced technologies from the world’s leading cloud, to drive innovation.

The new AWS Middle East Bahrain Region offers three Availability Zones. AWS Regions are composed of Availability Zones, which each comprise at least one data centre and are located in separate and distinct geographic locations with enough distance to significantly reduce the risk of a single event impacting business continuity, yet near enough to provide low latency for high availability applications.

Each Availability Zone has independent power, cooling, and physical security and is connected via redundant, ultra-low-latency networks. AWS customers focused on high availability can design their applications to run in multiple Availability Zones to achieve even greater fault-tolerance. AWS infrastructure regions meet the highest levels of security, compliance, and data protection.

Public sector organisations, including Government of Bahrain’s Ministries, such as the Ministry of Education, Ministry of Finance, Ministry of Information Affairs, Ministry of Labor and Social Development, and Bahrain iGA, as well as other public sector organisations such as Bahrain Polytechnic, Communications and Information Technology Regulatory Authority of Kuwait CITRA, Mumtalakat, Paris Sorbonne AD, Tamkeen, University of Bahrain, and many more are also using AWS to drive cost savings, accelerate innovation, and better serve the citizens of the region.

“The cloud has the chance to unlock digital transformation in the Middle East,” said Andy Jassy, CEO, Amazon Web Services. “We are launching advanced and secure technology infrastructure that matches the scale of our other AWS Regions around the world and are already seeing strong demand in the Middle East for AWS technologies like artificial intelligence and machine learning, data analytics, IoT, and much more. We are excited to see how our cloud technology will provide new ways for governments to better engage with citizens, for enterprises to innovate for their next phase of growth, and for entrepreneurs to build businesses and compete on a global scale.”

Emirates NBD is a United Arab Emirates UAE based enterprise that is working with AWS to build an Artificial Intelligence-enabled bank of the future. The bank is utilising AWS’s artificial intelligence and machine learning services, data analytics, and natural language processing technologies to better engage with customers and simplify banking.

Abdulla Qassem, Group Chief Operating Officer, Emirates NBD said, “Emirates NBD has been collaborating with AWS and taking advantage of AWS’s technologies and innovation practices to develop personalised, real-time banking experiences. The new AWS Middle East Region will allow us to further experiment and enhance our solutions as we continue to realise our vision of being the region’s most innovative financial services organisation that is making banking more easy and intuitive for customers.”

Well established family businesses in the Middle East are also moving to AWS to become more agile and innovate. Saudi Arabia’s Abdul Latif Jameel is one of the most respected family-owned businesses across the Middle East, North Africa, Turkey, and over 30 countries worldwide, with diversified interests in major sectors including transportation, energy and environmental services, financial services, land and real estate, and many other industries.

Another regional enterprise moving to AWS is Al Tayer Group, one of the largest privately held family-run conglomerates in the MENA region. Al Tayer Group has interests in automobile sales and services, luxury and lifestyle retail, and hospitality. Headquartered in the UAE, the group operates in 12 countries in the Middle East and manages over 200 stores.

Mohamed Al Fayed, Senior Vice President of OmniChannel, Al Tayer Retail, said, “The news from AWS is fantastic as we continue accelerating our cloud adoption. Using AWS, we were able to become more agile and reliably launched five e-commerce platforms, such as Mamas and Papas, Nisnass.com, and Ounass alongside Android and iOS apps, all within a year. We rely on several AWS managed database services such as Amazon Aurora, where we were able to cut costs by 40 percent, while increasing performance by four times, compared with proprietary database technologies. We also leverage AWS spot instances to reduce operational cost by 79 percent. We see great potential to improve our business even further with the new AWS Middle East Region, which will enable us to serve our end customers with even lower latency.”

Government organisations are also working with AWS to lower costs and better serve citizens in the region. The Bahrain Information and eGovernment Authority, iGA is responsible for ICT procurement for the Bahrain government and is leading the government’s migration project to support the country’s Cloud First policy.

iGA’s Chief Executive Mohammed Ali AlQaed said, “Bahrain is committed to becoming a country in the cloud and we will be able to accelerate our journey with the launch of the AWS Region in Bahrain. By December of this year, we will have 30 percent of all 72 government entities migrated to AWS and by June 2020, we expect to have most government data centres shut down, while the rest are minimised allowing us to focus resources on projects that benefit our citizens and dramatically improve the overall availability and durability of government applications and data.”

An example of a government entity that turned to the agility and speed of AWS is Bahrain’s National Bureau of Revenue, who needed to quickly and efficiently launch the country’s Value Added Tax VAT system.

Rana Faqihi, Assistant Undersecretary for Development and Revenue Policies at Bahrain Ministry of Finance, said, “The National Bureau of Revenue needed a solution that would enable a seamless VAT rollout, without delays and with the highest levels of security. By launching SAP S4 Hana on AWS, the NBR was able to go to market in just under two months while lowering costs by 40 percent. Eliminating the need to manage IT infrastructure allowed us to focus on successfully reaching an important milestone in Bahrain’s economic development. The launch of the new AWS Region in Bahrain is allowing public and private sector organisations to realise the full potential of the cloud.”

Another government body in the Middle East welcoming the new AWS infrastructure Region is the Communication and Information Technology Regulatory Authority, CITRA, Kuwait’s regulator responsible for the country’s IT sector and technology adoption in the government.

The most well-known and fastest growing businesses in the Middle East are also choosing AWS to launch and grow. Careem, the leading technology platform for the region, started working with AWS in 2012 to help it scale fast and wide across 14 countries in under seven years. Careem hosts 33 million customers and one million drivers on its platform, and has expanded its services to offer on demand deliveries as well its original core business, ride hailing.

Magnus Olsson, Chief Experience Officer and co-founder of Careem said: “When we started building Careem, we knew that the ability to scale fast, and in a secure and reliable way, would be critical to our long term success. As one of AWS’s early adopters in the region, we have grown with them. With the opening of the new AWS Middle East Region, we will now be able to benefit from data centres with lower latency in the region.”

A rapidly growing startup using AWS is Classera, an education company in the Middle East and at the forefront of using cloud technology to rethink education services.

Classera co-founder and CTO Mohammad Alashmawi said, “We understood the power of the cloud in our early days, and have relied on AWS since 2010 to grow into a trusted education platform that is currently used by over 2 million people in more than 12 countries. As we revolutionise the e-learning ecosystem, we are developing smart solutions that leverage AWS data analytics and machine learning services to bring personalised and highly engaging learning experiences to students. Thousands of schools and organisations across the Middle East rely on the Classera platform as a core pillar of their learning, teaching, and training process.”

Global ISVs such as F5, Fortinet, Palo Alto Networks, SAP, Splunk, Trend Micro, VMWare, and many others are already using AWS to deliver their software to customers around the world and will serve their customers in the Middle East from the AWS Middle East Bahrain Region at launch.

The new AWS Middle East Bahrain Region adds to the infrastructure investments AWS has been making across the Middle East, to provide customers with advanced and secure cloud technologies. AWS is also launching a new AWS Direct Connect location in Bahrain, which is the first to be operated by AWS, joining the two AWS Direct Connect locations and two Amazon CloudFront Edge locations in the UAE that launched in 2018. AWS Direct Connect makes it easy for customers to establish a dedicated private network connection between AWS and their data centre, office, or colocation environment. Amazon CloudFront gives customers an improved experience for their end users, including faster content delivery and added cybersecurity protection.

To support the growth in cloud adoption across the region, AWS has made significant investments in education, training, and certification programmes to help those interested in the latest cloud computing technologies, best practices, and architectures, to advance their technical skills and further support Middle East organisations in their digital transformation.

To help grow the next generation of businesses in the Middle East, AWS is supporting startups across the region through the AWS Activate Programme.

Cloud is the foundation of various emerging technologies such as artificial intelligence, machine learning, blockchain, Internet of things and enterprise mobility. It empowers organisations to benefit from greater flexibility, improved scalability, standardisation, and agility.

According to Manish Ranjan, Programme Manager for Software and Cloud at IDC Middle East, Turkey and Africa, the Middle East and Africa region is one of the fastest growing public cloud services markets. According to IDC, the total spending on public cloud services in the wider MEA region crossed $1.5 billion in 2018 and is expected to grow at a compound annual growth rate CAGR of 27.2% over the next five years to reach $5.2 billion in 2023.

Looking at the major markets like Saudi Arabia, UAE and Bahrain in the Middle East region alone, the five-year growth is at much faster rate, crossing 30% of CAGR.

The availability of AWS data centres in Bahrain will certainly strengthen the cloud services landscape in the Middle East and would play a pivotal role in driving innovation and digital transformation across sectors. 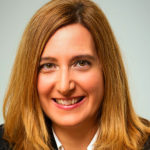 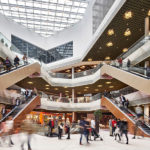 Blackboard partners with AWS to host customer round table in Saudi Arabia
December 14, 2019