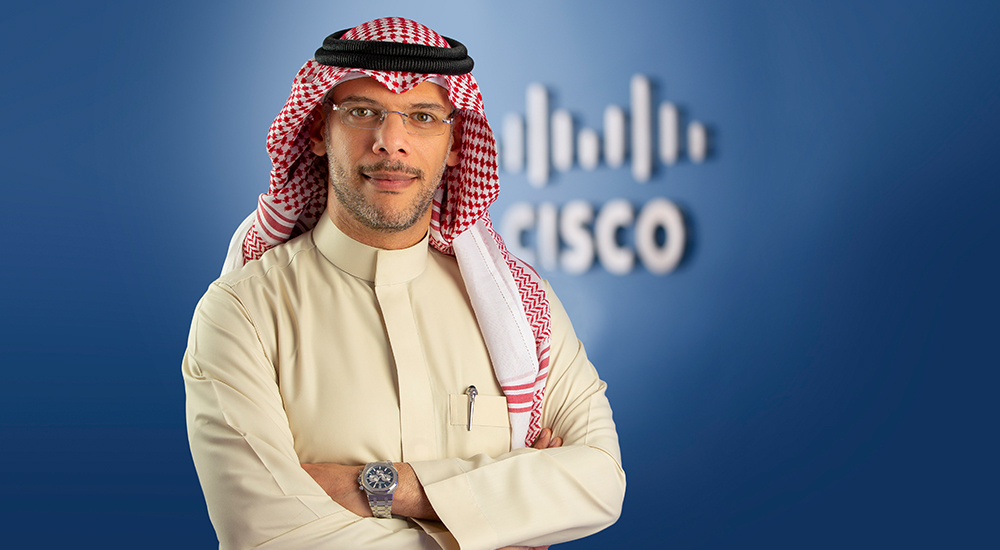 Cisco’s 2019 Global Digital Readiness Index has identified Saudi Arabia as one of the top three countries in the Middle East and Africa in its readiness transitioning towards a digital economy. Now in its second edition, the company’s report combines analysis from sources including the World Economic Forum, the World Bank and the United Nations to benchmark how well-positioned each of the 141 countries are in their preparedness for digitisation.

While traditional research models focusing primarily on technology adoption and penetration rates, Cisco believes that factors such as meeting a citizen’s basic needs, improving access to education and creating a thriving business environment are equally crucial in aiding a positive digital future.

When measured across all seven components, Saudi Arabia places in the top three countries in the Middle East and Africa in terms of digital readiness. As a country which prides itself on prioritising the wellbeing of its citizens, when measured on basic needs, Saudi Arabia places confidently in third position across the Middle East and Africa. With the government making strides towards improving access to essential provisions and world-class healthcare marked as a key component of the Vision 2030 agenda, further efforts to improve in this field are already well underway.

When measured across all seven components, Saudi Arabia places in the top three countries in the Middle East and Africa in terms of digital readiness.

For business and government investment, Saudi Arabia places in 10th position regionally. As local entities continue to increase their investments in the creation and expansion of digital infrastructures, ongoing financial boosts and support will further propel the local economy. When measured on ease of doing business, Saudi Arabia outranks the world average and is positioned in 8th place across the Middle East and Africa. Saudi Arabia also recently earned a position in the World Bank’s Doing Business 2020 report as one of the 10 most improved nations in accelerated business climate reforms.

As the government continue to build a workforce encouraged to develop new skills within emerging fields, the nation’s human capital score places 6th within the region. Aligned with this, since 2000, Cisco’s Networking Academy, NetAcad, has been empowering Saudi Arabia’s residents to develop their skills in IT, to enter or progress in careers involving networking, cybersecurity and IoT. In Saudi Arabia alone, Cisco has over 100 active networking academies and has amassed over 136,800 students since its inception.

For startup environment, Saudi Arabia is positioned in 8th place when measured against neighbouring countries. In 2019 alone, total funding in Saudi startups increased by 35%, with the number of deals also increasing by 92% from 2018 to 2019. At the end of 2019, Saudi Arabia’s Public Investment Fund launched the landmark SAR 4 billion Jada Fund, supporting small businesses and diversification efforts as the private sector increases its share of GDP.⁠ Recently, Cisco also unveiled the doubling of partner investments within the small business market – helping organisations leverage disruptive technologies to realise their digital agendas.

Saudi Arabia’s ranking for technology adoption places it higher than the world average and in 5th position in the Middle East and Africa. Cisco’s Visual Networking Index Forecast predicts 30 million Internet users in Saudi by 2022. By the same year, the company estimates a total of 194.2 million devices connected to the network. Much of this growth is expected to be driven by non-PC devices, with machine with machine to machine modules anticipated to grow at the fastest rate, followed by portable devices such as smartphones and tablets.

Lastly, Saudi Arabia’s technology infrastructure also outranks the world average and places firmly in 2nd position regionally, the nation’s highest score across all criteria. With the establishment of the Authority for Data and Artificial Intelligence, modernisation efforts are underway to transform this field further, while also considering responsible use and growth of disruptive technologies. Since 2016, Cisco has been collaborating with the Saudi government, local industry and academia to fast-track technology adoption and deliver impactful digital outcomes, as part of its Country Digital Acceleration programme which focuses on contributing towards many of the aspects explored in the Digital Readiness Index.

Cisco’s findings have positioned Saudi Arabia within the Accelerate High stage, signifying the nation’s commitment to championing digitisation. Yet, with the rapid pace of technological advancement, enhancing digital readiness will continue to be an ongoing process for all nations, including Saudi Arabia, irrespective of their current standing. Recognising the importance of creating a continuous dialogue on the impact of technology, Cisco frequently conducts research in the field of digitisation. From its annual CISO Benchmark Study, to the Visual Networking Index Forecast, each industry-leading report is helping to create an accurate overview of the current landscape and priorities for the future, which include growing demand for advanced infrastructure to support digital transformation.

Research has indicated that countries with greater digital readiness typically also experience higher levels of GDP. According to IDC forecasts, in just a few years, nearly half of all GDP worldwide will come from products and services offered by digitally transformed organizations – proving the need for new capabilities built around digital innovation.

“Nations are fast realising the benefits of digitisation, from strengthening communications, to transforming industries and stimulating job creation. With our findings, we believe countries can gain a more accurate picture of their economic viability and can make informed decisions to stimulate growth,” said Salman Faqeeh, Managing Director, Cisco Saudi Arabia.

He continued, “Saudi Arabia’s digital readiness position in the region is testament to the efforts of the government in transitioning towards a digital economy. Today, we commend the positive impacts being made, while also drawing attention to areas which can be improved further, to uphold Saudi Arabia’s status as a leader in digitisation. We will continue to work closely with local stakeholders to help Saudi Arabia transition from the Accelerate High to Amplify stage, improving the nation’s digital readiness further and working towards creating a more inclusive digital future.” 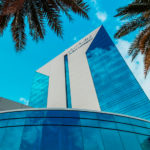 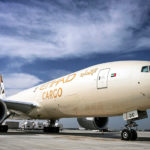 Etihad Cargo boosts capacity adding B787 to existing B777 freighters

Mastercard finds 1% increase in digital payments generated $104B of consumption