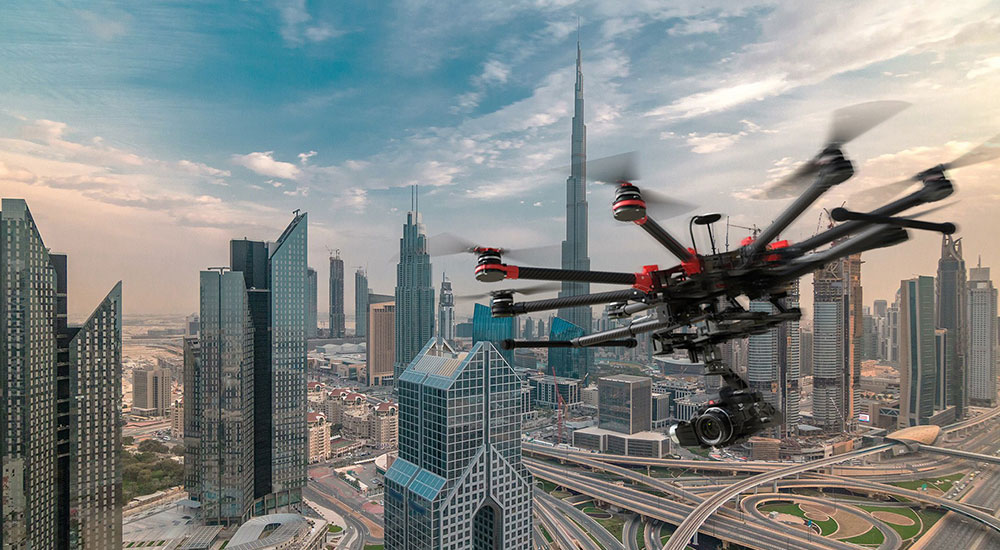 Dubai’s new drone law will position the emirate as the world’s commercial and start-up hub for drone services and will drive growth in the region’s drones industry, making it one of the strategic sectors that will lead to the economic recovery. This is according to Falcon Eye Drones, FEDS, a  provider of Drone Technology, Data Technology, and Digital Transformation technology, who underscored the importance of the new law in removing a major barrier in developing and utilising drones to its fullest potential.

GCC’s drone industry is expected to reach $1.5 billion by 2022, according to PwC’s Strategy&. Much of this, the study said, will be generated from oil and gas as well as utilities, constituting 43% and 32%, respectively. Before Dubai’s Law No 04 of 2020, no place in the world has ever formed a blanket law that covers the creation of an aerial infrastructure network and integrated framework for manufacturing, licensing, inspection, sale and ownership, as well as drone-based transport activities and services regulations.

The pioneering legislation will pave the way for the implementation of Dubai Sky Dome, an initiative that will provide a master plan of a virtual airspace infrastructure for commercial drone use in the Emirate. The law came following the UAE government’s extensive use of drones in the national sterilisation programme, as well as in its information dissemination, police patrolling and crowd guidance at the onset and during the Covid-19 pandemic.

These benefits are just the tip of the iceberg as the industry has not yet optimised the other uses of drones. Through R&D, drones can be developed as a revolutionary tool that will help various sectors embark on a large-scale digital transformation in the face of a new world order. In addition, the law will bring about a novel economic stream that will position the emirate as the go-to hub for technology start-ups seeking new opportunities.

The establishment of FEDS itself bears witness to Dubai being an ideal location for start-ups venturing into drones services. Founded in 2014, it is proud to be a home-grown company that has made a name for itself as one of the top drone service providers in the world, conducting thousands of commercial operations for some of the biggest companies in the Middle East in such a short period. The recent strategic investment it received from Aerodyne Group has created the world’s largest drone service company.

Key sectors to use drones

The region has been using drones extensively in the agriculture and construction sectors, even before the pandemic started. In a project for the UAE Ministry of Climate Change and Environment, FEDS had conducted a seeding initiative to plant 6.25 million Ghaf and Samar trees across 25 locations in the country in just a few days, a process that used to take decades with the traditional farming methods.

In the construction industry, employing drones would help contractors cut down expenses by 11.8% in terms of progress monitoring, as the technology allows them to constantly detect potential errors before they become costly problems over time. Drones also keep construction personnel away from the dangers of surveying hazardous sites, especially since they can hover even around risky spots to gather clips of the construction development.

Rabih Bou Rashid, CEO of FEDS, said: “The global commercial drones market is slated to grow 20% annually. That growth, however, has been limited because of a lack of crucial legislation and roadmap in the world.”

“Dubai’s new drones law is a significant development for the entire industry as it aims to take away hurdles in maximising the use of drones,” Bou Rashid said. “It will also enable the creation of an integrated airport network and ground control infrastructure for drones, which will set a world precedent. The new drone law affirms the UAE leadership’s forward-thinking approach to reach greater heights and become a leading force in the innovation that will attract new opportunities in the new normal,” he added. 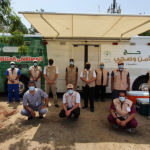 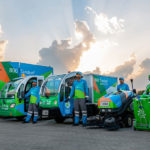 View All
More in UAE

How the UAE’s digital transformation has helped to manage the pandemic
August 30, 2020