Digital transformation, artificial intelligence, Facebook are now becoming the battlefields of cyber security. Increasing attack surface due to investments in digital transformation are making digital organisations more vulnerable to threat actors. No matter how much you control the access of human beings inside an organisation’s network, finally it is people who are working inside a network and they will always remain the weakest link. We are seeing a lot of sophistication in such attacks, Ziad Antoine Nasrallah, Principal at Booz Allen Hamilton, explains to GEC Media’s Editor, Arun Shankar.

Increasing consumption and creation of digital content is accelerating the extent of fraud in the area of fake news and disinformation. The usage of artificial intelligence, machine learning, deep learning, is being used to automate the process of creating fake profiles and fake news on social media platforms. These campaigns can be targeted at a well known personality, a nation state, or an event such as a general election. Artificial intelligence is used to search and extract digital content from social media and to build such a video clip or imagery.

In order to be effective you need an army of such cyber trolls, explains Antoine Nasrallah. Therefore cyber trolls are typically state sponsored activities used to achieve their objectives. Unlike typical cybersecurity attacks, the objective of the campaign is not to inject malware but to spread misinformation. Artificial intelligence is also being used by threat actors to raise the sophistication of phishing attacks.

Another area of threat actor activity is in the convergence of Internet of Things, IoT and operational technology, OT, and control systems. Antoine Nasrallah points out that inside the region, close to 12+ billion new devices will be connected and will go online by 2021. Booz Allen Hamilton research indicates that 15% of such owners fail to reset the password away from the factory defaults. This means an estimated 2+ billion devices will be vulnerable to hacking in the region and can be used in a concerted denial of service attack.

Threat actors who target critical national infrastructure sites, spend months and years looking for ways to penetrate the establishment. Any attack on control systems and the industrial system can bring down the operation. You can stop a major source of income for a country with OT attacks, says Antoine Nasrallah. Typically, threat actors will model such a large establishment in a virtual environment, waiting for the right moment to move forward. 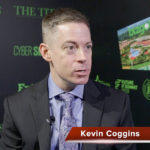 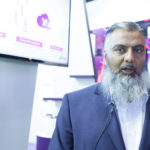