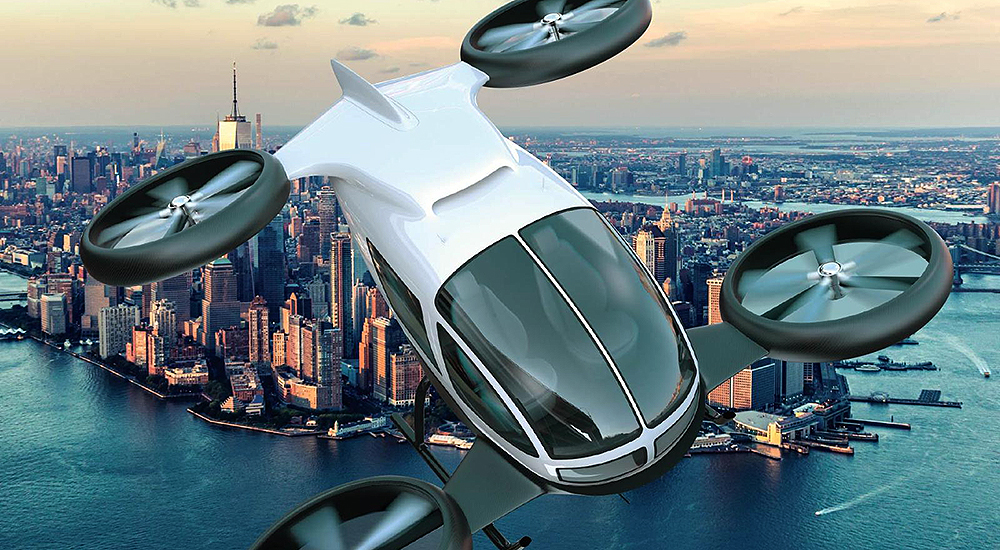 With traffic jams a common occurrence in the world’s cities, frustrated drivers sometimes find themselves looking to the heavens for a little help from above. A few years from now, the skies could in fact offer a tangible solution. The Boston Consulting Group predicts that people around the world will take 1 billion flights in air taxis in 2030, once sharing services have also established a presence on fixed routes above the ground. What is more, most of those air taxis will be capable of operating without a pilot. Bosch is working on sensor technology to make these flights safe, comfortable, and convenient.

To help it achieve this goal, Bosch has discovered a gap in the market. Conventional aerospace technology is too expensive, bulky, and heavy to be used in autonomous flying taxis. However, modern sensors that are also used for automated driving or in the ESP anti-skid system could have the potential to bridge this gap. That is why a team of engineers has combined dozens of sensors to create a universal control unit for flying taxis.

Featuring Bosch sensors already in use in production vehicles, the universal control unit is designed to ensure the ability to determine the position of the flying taxis at all times, allowing them to be controlled with precision and safety. Acceleration and yaw-rate sensors that accurately measure the flying vehicles’ movements and angle of attack, for example, provide the necessary data.

Unlike current sensor systems in the aerospace sector, some of which cost tens of thousands or even several hundred thousand euros, Bosch can make use of its solution for a fraction of the cost. That is because the company uses production tested sensors that Bosch has already been developing and manufacturing for the automotive industry for many years. What is more, the Bosch sensors are especially small and lightweight. Flying taxi manufacturers can easily install the Bosch sensor box into their air vehicles using the plug-and-play principle.

Flying taxis offer a new way of avoiding traffic jams in major cities: by taking to the air. That makes them an additional alternative for getting from A to B quickly in tomorrow’s urban areas. Compared to today’s means of transportation, flying taxis save time on trips of 10 kilometers or more, with a maximum range of up to 300 kilometers. 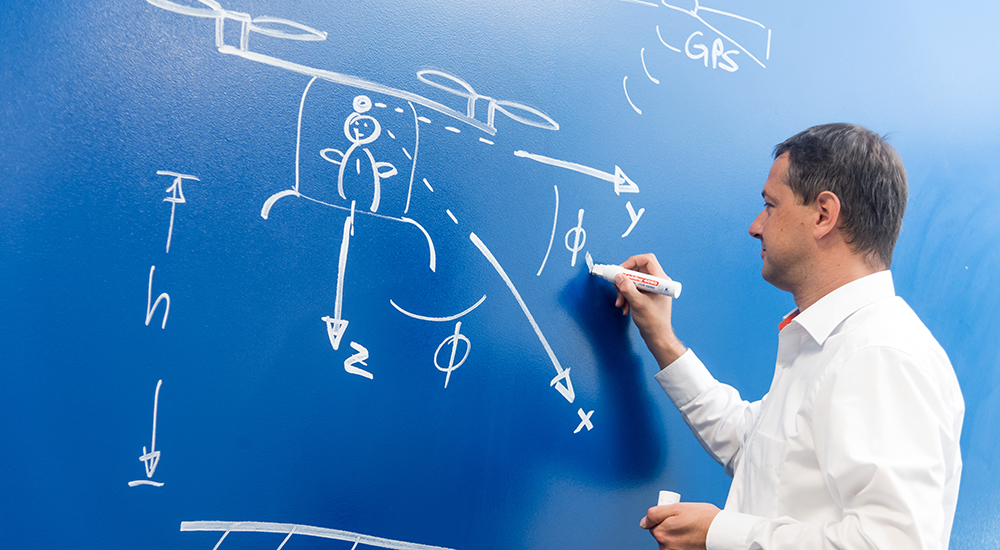 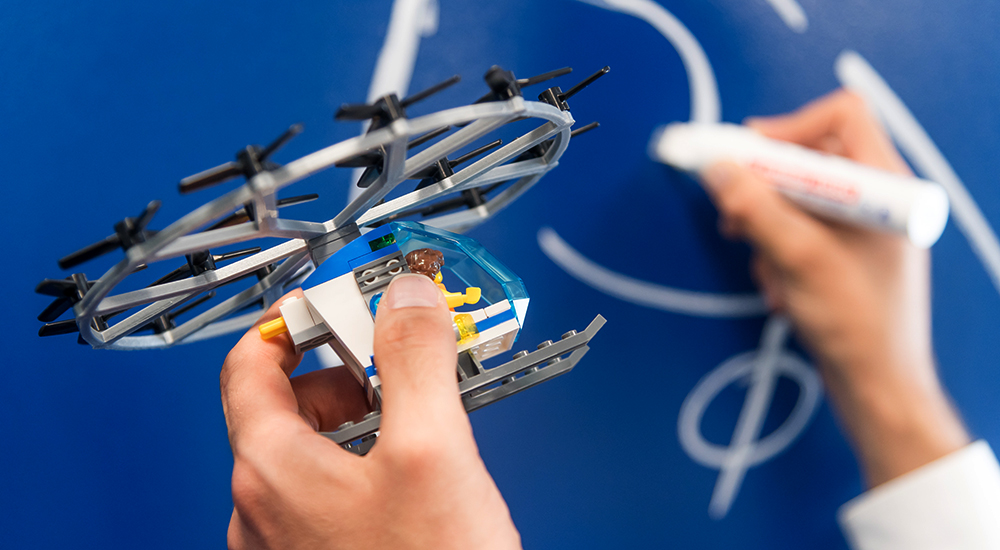 The market for flights using electric air taxis in cities is set to see substantial growth in the years ahead. Test flights are scheduled to begin in cities such as Dubai, Los Angeles, Dallas, and Singapore in 2020. Experts expect commercial operations to begin in 2023. Although pilots will probably be on board at first, the light aircraft could start flying autonomously over the roofs of major cities as early as 2025, controlled by staff on the ground. By that time, roughly 3,000 flying taxis will be in operation worldwide,  according to Roland Berger. That number will increase to 12,000 by 2030, with just under 100,000 flying taxis taking to the skies by 2050.

Consultants from Morgan Stanley estimate that the market for flying taxis could even reach Euro 1.35 trillion, $1.5 trillion by 2040, extending beyond the United States and southeast Asia to include large and medium-sized cities in Germany as well. In regions such as the Ruhr valley, the Frankfurt Rhine-Main metropolitan region, and the Munich, Augsburg, Ingolstadt metroplex, they have the potential to significantly speed up travel over short and medium distances.

Depending on the concept and number of passengers carried, a flying taxi will cost around Euro 500,000. As a result, automated and electric air vehicles offer advantages, especially for sharing solutions. Still, a flying taxi costs far less than a comparable helicopter equipped with today’s technology. That is why it is important for suppliers to provide reliable technology that is not only lightweight and easy to install, but also offers an economic advantage compared to traditional aerospace technology.

Technology behind the scenes

The sensor box is equipped with MEMS sensors. The abbreviation MEMS stands for microelectromechanical systems. Bosch developed the first MEMS sensors for vehicles over 25 years ago. In vehicles, they supply control units with data about whether the car is currently braking or accelerating, and lets them know the direction in which the vehicle is traveling. The Bosch sensor box for flying taxis is equipped with acceleration sensors that measure the movements of the aircraft.

Bosch is in contact with a wide range of players in this field, from air taxi manufacturers to start-ups that are looking to build air vehicles and provide sharing services. As with any new technology, there is currently a multitude of different concepts on offer. At the present time, it is hard to say which concept will come out on top. Bosch’s plug-and-play control unit fits in any flying vehicle. 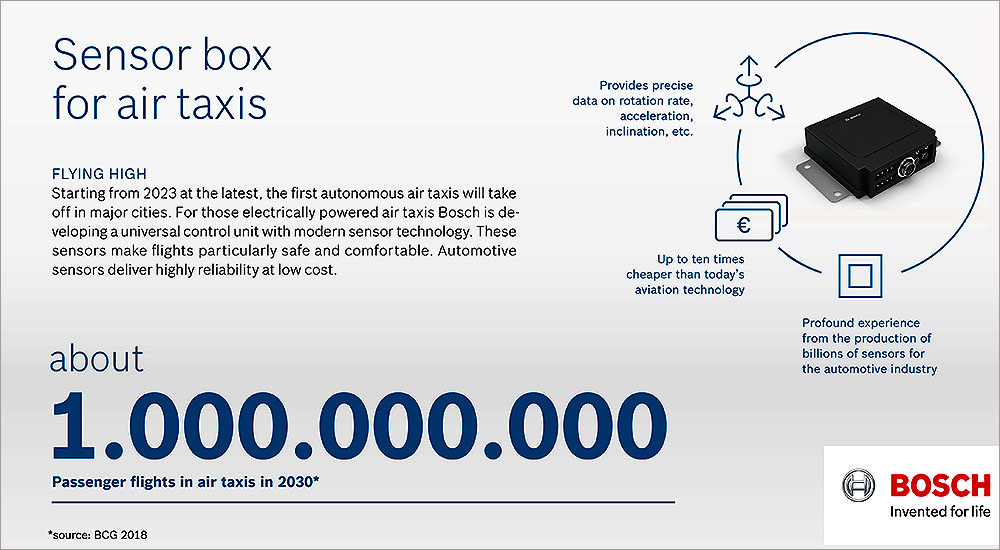 “The first flying taxis are set to take off in major cities starting in 2023, at the latest. Bosch plans to play a leading role in shaping this future market,” says Harald Kröger, President of the Bosch Automotive Electronics division.

“Through our Bosch solution, we aim to make civil aviation with flying taxis affordable for a wide range of providers,” says Marcus Parentis, Head of Technology at Bosch, in charge of the control units behind the electric light aircraft.

Bosch’s Marcus Parentis also believes in the growing market opportunities. “We are talking to air taxi manufacturers from the aerospace and automotive industries, as well as with start-ups that build air vehicles and are looking to provide sharing services,” says Parentis. “The question is not whether flying taxis will become reality, but when.” 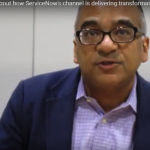 Avanish Sahai talks about how ServiceNow's channel is delivering transformation 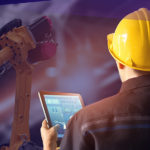