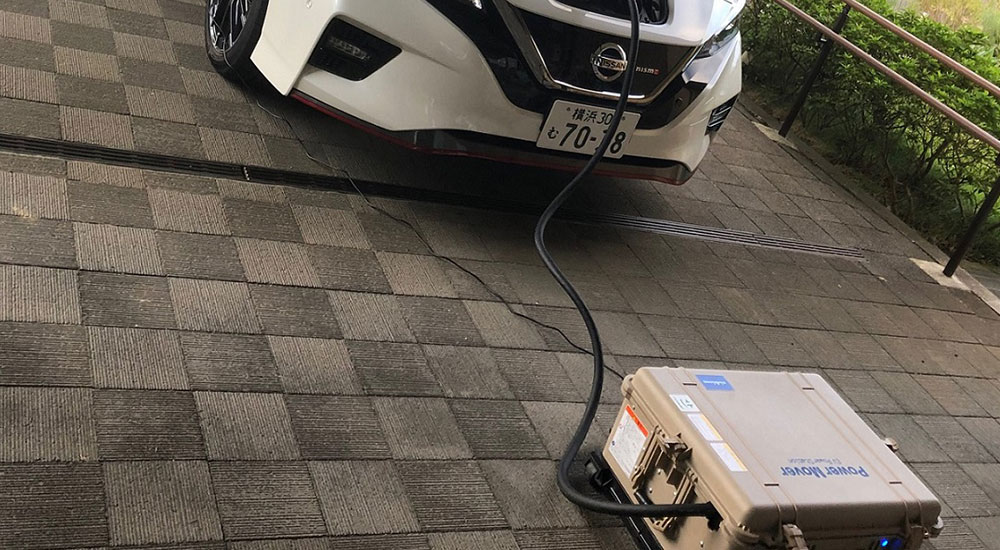 Outside, there are the familiar scenes of devastation: Rubble. Mud. Broken power lines. But inside the volunteer centre in Nagano Prefecture in the heart of Japan, power tools are charging, a photocopy machine whirrs, and the smells of boiled rice and fresh coffee fill the air. In the wake of Typhoon Hagibis, those working at the centre have found an unexpected way to plug in: the white Nissan LEAF parked outside.

The electricity pulled from the car’s battery is shared across the centre through dusty cables. Addresses of those affected are photocopied, maps are spread out in well-lighted rooms and bursts of laughter cut through even the darkest moment. The idea of using Nissan’s electric vehicles during disasters was born during Japans’ 2011 earthquake and tsunami, which rocked even a nation that’s used to frequent typhoons and endured one-tenth of the world’s earthquakes in the past 10 years.

After nearly 5 million homes lost power in the 2011 disaster, Nissan provided a small fleet of first-generation LEAFs to help out. The company also began to explore how electric cars could be used to share their energy.

In May 2018, the Blue Switch project was launched. Its mission: to demonstrate how electric vehicles can be used as power sources for purposes beyond mobility. In a typical year, powerful storms will disrupt the lives of millions, knocking out power to entire cities. This is what happened during last year’s Typhoon Faxai. Being prepared means striking agreements with local governments and companies.

Just last week, Nissan reached a major milestone: 100 agreements signed. Of these, 75 relate to how Nissan’s electric vehicles can get straight to work the moment a disaster strikes. During those critical first hours and days, the electric vehicles can move around disaster areas and deliver power where it is needed the most. With no exhaust fumes and completely silent, a LEAF can be parked inside a building. It can recharge where the power supply has been restored, and then drive on to another hard-hit region.

A decade ago, the idea of a car powering a building was science fiction. Right next to Kobayashi, a device no larger than a suitcase helped discharge the LEAF’s battery. After a disaster or in an emergency, electricity is usually restored faster than fuel supply chains, which can take months to stabilise. That makes electricity superior to traditional diesel generators, which are noisy and polluting. Electric cars also provide mobility, helping get people to where they need to be.

A fully charged LEAF e+ with a fully charged 62-kilowatt hour battery can provide enough electricity to power an average Japanese home for up to four days, charge 6,200 mobile phones. It can keep the lights and fridges on at a local convenience store, allowing people to buy food or diapers, or keep a nursery school room cool during nap time.

This is not a distant dream. It’s reality. Not only in Nagano, but also in Chiba Prefecture near Tokyo, or during the flooding in Kumamoto in southwest Japan earlier this year. The technology is gaining recognition. Blue Switch was honored at the 2020 Japan Resilience Awards, where Nissan was the only carmaker on the list of winners. The programme was cited for showing the potential electric cars offer during emergencies, along with their role in energy management and the battle against climate change.

Nissan’s wider plan is to create a new EV ecosystem, where cars store and share power with homes, businesses and the wider grid, not only during emergencies but every day. Using adapters like those at the Nagano volunteer centre electric vehicles can top up their batteries when demand is low, store that energy and distribute it during peak times.

Already, the power in the batteries of Nissan’s EVs out on the roads have the potential to power half a million Japanese households for a full day. Blue Switch makes it possible to see how static and vulnerable electricity grids can be turned into dynamic, flexible and highly distributed grids. What’s next? The zero-emission Nissan Pavilion in Yokohama showed that drivers can pay for parking by discharging power from their EVs. In the Netherlands, 148 LEAF batteries, many repurposed, help power a sports stadium. The road ahead is wide open. 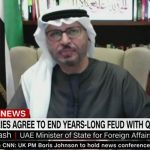 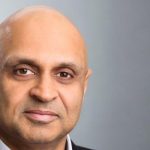 About 11 hours ago
Latest Issue

View All
More in electric vehicles