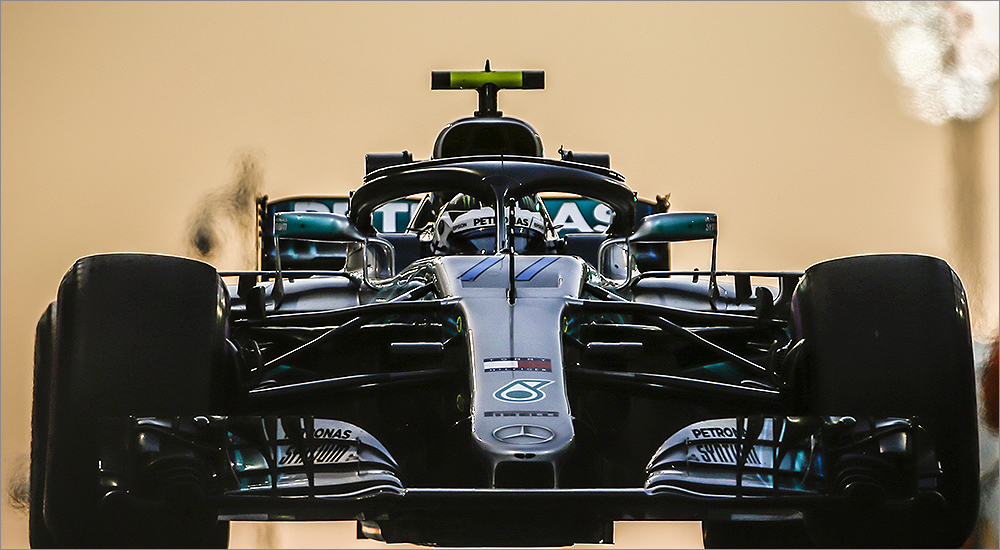 The FIA Formula 1 World Championship is like nothing else in the sporting world. It is a demanding technical and human challenge, with high-performance management and teamwork. During the course of its calendar, which spans 21 countries from March to November, racing teams compete to be crowned world champions. At Mercedes-AMG Petronas Motorsport, a team of nearly 1,500 people work across two technology campuses, designing and manufacturing the racing cars and hybrid power units.

Mercedes-AMG Petronas Motorsport is the Formula One Team of Mercedes-Benz, competing at the Formula 1 Championship. It is now one of the most successful teams in recent F1 history. Team members, both trackside and at the factory, have access to critical data used to continuously improve race car performance.

Harris has overall responsibility for running IT across the business of Formula 1 racing for the Mercedes-AMG Petronas Motorsport team. “Typically, it may just be a three-person team, with two on the track and one at the factory, working the same hours,” he points out. “Those three are running the race weekend for us. My responsibility is to make sure we have the resources, people, process, technology.”

The team demands peak performance from every member to continue its record-setting ways. Some of the ongoing challenges include finding new means to efficiently collect, manage and share ever-increasing amounts of data used to improve racecar design and performance. Multi-disciplinary design and engineering requirements stress the team’s IT infrastructure in pursuit of incremental improvements to race car performance. The 21-country championship demands an IT infrastructure that is portable, robust, and yet able to deliver top-notch compute performance.

Technology is an important contributor to maintaining the record-setting pace, and its impact is felt in all operations – from design and prototyping, manufacturing and testing, all the way to trackside during a Formula 1 race. The team has invested in computer-aided design and manufacturing, visualisation, and driver-in-the-loop simulation at its headquarters in Brackley, UK.

Everyone on the team has a singular focus: improving the performance of the two cars they put on the track every two weeks during the F1 season. Incremental improvement is the goal. Shaving even a fraction of a second off the time it takes a car to complete a lap can mean the difference between winning and losing.

According to Harris, two Mercedes-AMG Petronas Motorsport Formula 1 cars, generate 0.5TB during the race weekend, for around 8 hours. While the drivers may be in conversation with their pit stop team members, Harris stresses that every decision that is made on the track is based on data. “Whatever they tell us, we have to make sure we find it actually within the data telemetry we have from the car. To make sure what they have said we have understood. Then we take a decision to make a change to the car, reengineer the car, get more information. That is an iterative learning experience at the track.”

Technology vendors, Pure Storage and TIBCO, are the official team partners of Mercedes-AMG Petronas Motorsport. Working with TIBCO, Mercedes-AMG Petronas Motorsport has built a platform with TIBCO Spotfire and TIBCO StreamBase software, which offers an insight-driven presentation of the competition at all stages of the car’s lifecycle – design, set-up, during a race.

From this, the team can gain insights from TIBCO’s enhanced visualisations and can collaborate with TIBCO data scientists on advanced analytics, helping the team to make decisions required to beat competition. Other vendor applications in use by Mercedes-AMG Petronas Motorsport, across the Formula 1 championship are

Harris points out that Mercedes-AMG Petronas Motorsport has started using machine learning available from TIBCO as part of its race strategy. The solution now uses intelligent learning to suggest to engineers when is the best time to overtake, and recharge for energy.

For every business, its data is the most critical asset. Efficient storage and analysis of data, leads directly to competitive advantage in practically every industry in the world. Mercedes-AMG Petronas Motorsport adopted Pure Storage FlashArray and Pure Storage FlashBlade technologies to manage the data requirements during the championship.

The 70TB FlashArray sits trackside, collecting data from 250+ sensors on the two cars as they whiz around the track. Meanwhile the massive 1.2PB FlashBlade sits at the research facility to assist with the design of future cars.

To push the performance envelope of its IT infrastructure, the team chose all-flash arrays from Pure Storage which have delivered speed, reliability, availability, and significant savings in operating costs. Since buying its first Flash-Array from Pure Storage in 2015, the team has ported almost all of its technology portfolio over to Pure Storage assets, including Microsoft SQL Server, Oracle databases, CATIA CAD-CAM, SAP, VMware servers, SharePoint and collaboration tools. The ability to run so many different applications on one storage system is a big benefit.

Says Harris, “Now we have all of our applications on Pure Storage and they all get the same high level of performance. We have eliminated complexity and we have eliminated possible points of failure. We now have a single storage infrastructure shared across all platforms, with resiliency-built in.”

“We supply the data going into all those sort of things,” says Alex McMullan, International CTO, Pure Storage. “We are seeing more and more data-driven decisions become part of the day to day for racing teams.” He points out that the drivers and the teams love to see the charts and benchmarks being generated. The drivers can see clearly where they were slower or faster than their team mates, which gives them a better way of racing.

The impact of Pure Storage solutions has also been felt in the collection of data from the cars during a race. Each car is fitted with more than 250+ physical sensors. The data gathered during a race is carefully scrutinised by team members across multiple design functions to generate possible insights that could help improve performance, both for the next race and over the long term.

“All of the teams use a standard data collection mechanism, that goes in everybody’s car, does not matter which team you are, and that is what transmits the data,” says McMullan. The data received from the track side radio aerials is consolidated centrally and each team gets a network port in their garage, which receives the data feed from the black box. Inside each garage, the feed is integrated into an Advanced Telemetry Linked Acquisition System, ATLAS.

“From there they do their own thing with it but that is the source from each of the cars. That is an F1 regulation, they all have to use the same black box so no team gets an advantage,” he explains.

There is a huge amount of data generated between the factory and the track, which is processed all the time. It currently averages 20TB per day, up significantly from two years ago, when it was 9TB for the entire season. Amongst the most data-intensive applications used by Mercedes-AMG Petronas Motorsport is computational fluid dynamics CFD, an essential tool in the design and test process. It is used to simulate the performance of a part or a design element of the car under race conditions. CFD applications require massive processing power, and can take up to 20 hours to run.

Harris points out that the 3D slicing of data available in TIBCO allows accurate decision making, faster and easier. Using TIBCO, the Mercedes-AMG Petronas Motorsport team can create a number of simulations ranging from how competition will be performing, to more operational measures of the number of pitstops, engine degradation, fuel levels.

How the vehicle will perform before the first corner based on track temperature, conditions of tires, weather, fuel levels, starting configurations and so on. TIBCO can even provide algorithms over possible overtaking strategies. All ten teams have access to the same information and hence can create the same simulations for themselves.

“After the first corner, majority of those simulations would have been discounted. Everything is different from what the simulations were. There are many different variations that can change the performance of the car, not just necessarily from things within our control,” says Harris.

Initial testing has shown, moving these applications onto Pure Storage has reduced processing time by up to 15%. This means more jobs a week just by changing storage. The opportunity to run more design simulations in the same amount of time greatly enhances the ability to improve the car’s performance.

The impact of Pure Storage on the team’s operations extends beyond the 40,000sq ft campus where design and manufacturing operations are carried out. IT equipment must be shipped to each race. By moving to Flash-Arrays from Pure Storage, the size and weight of storage equipment needed at the track has been sharply decreased.

The reliability of Pure Storage arrays is highly prized by the team, as IT equipment at the track must be able to accommodate a wide range of weather conditions. It must withstand multiple assembly and disassembly procedures during the course of the season. The small footprint of the Pure Storage arrays has meant a 68% reduction in datacenter rack space, resulting in a savings in operating costs.

Says McMullan, “We have arrays here which are part of the racing team and they travel with the team. They are in cardboard box, and they go in the airplane and the truck. They go from race to race to race. Pretty much all of Mercedes data now, here at the race track and at the factory, is stored on Pure Storage. We have different types of devices for different workloads.”

For high-end computational and analytical applications, the workloads are handled by the Pure Storage, file and object system, FlashBlade. For track-side workloads, the Pure Storage appliance being used is FlashArray, which is the block storage product. This manages all the traditional datacentre workloads, but is completely mobile and on a different continent, every weekend.

“It is challenging for the team, in terms of spare parts, support, understanding where the device will be, and when it will get switched off so we do not get alerts. These are all kinds of traditional complexities that normal CIOs do not have to deal with,” comments McMullan.

Just how confident is the Mercedes-AMG Petronas Motorsport team with the Pure Storage Blade and Array appliances, that they pack and ship with them to every championship race?

Says Harris, “Mercedes is letting hundreds of people walk through their datacentres in front of half a billion people on TV, every weekend. That is pretty brave! They are demonstrating to the rest of the world that you can operate technology in a pretty hostile environment. At some of the other race tracks the power is not so stable, and there is lots of dust and humidity, it is a challenging operation. Now you can say to any enterprise if it works there it can work anywhere.”

Is Pure Storage taking the learnings from the Formula 1 Championships and applying them to other, more market like uses cases? McMullan points out that the demands of the Formula 1 racing teams are similar to investment banking and the space industry. “We see a lot of common processes, common challenges and common software tools across those three. Simulation, is very strong in financial trading, space and in motor sport racing. We can bring those learnings to enterprises, with focus on data security, high-performance, quality, uptime.” 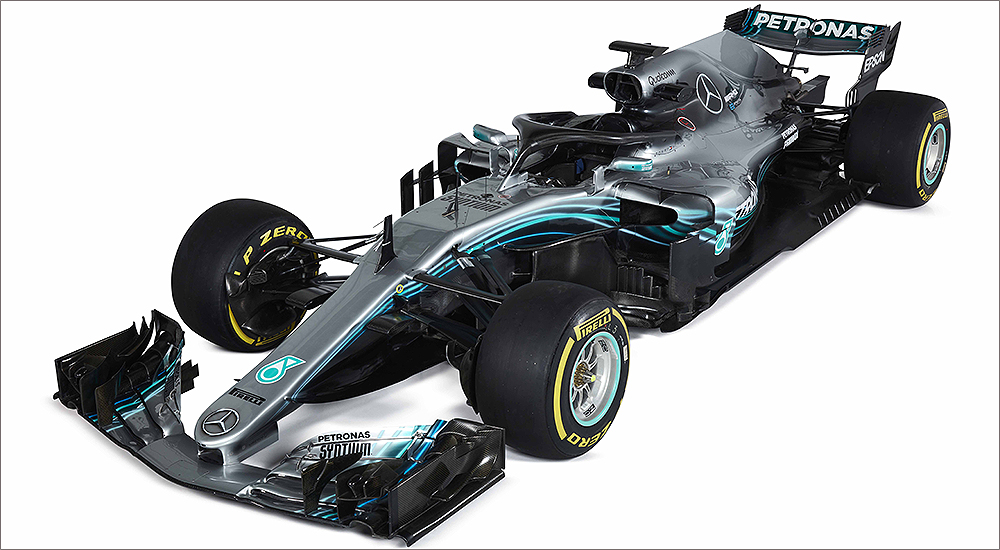 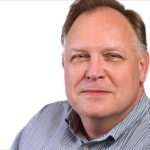 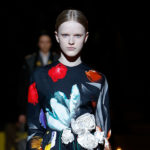 Why a data-centric approach is disrupting banking in the region
November 23, 2019