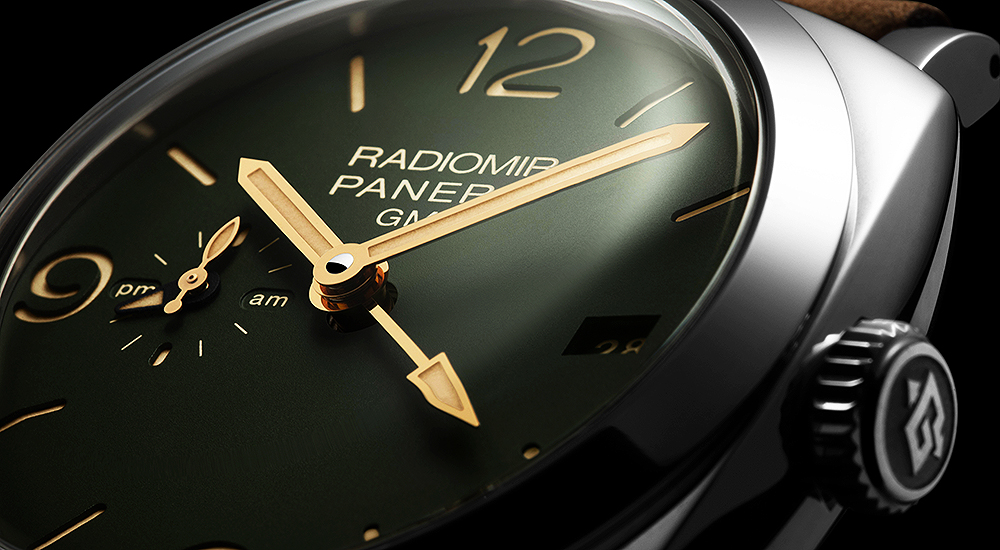 In the 1940s, Panerai came into prominence as the sole supplier of wristwatches to the Royal Italian Navy. These were timepieces which were specially developed with the essential function of a precision instrument to be used by commandos. Today, in these watches the dense, non-reflective green colour becomes an element that expresses a unique quality, as do the sapphire glass with marked convexity, the beige shade of the luminescence and the Italian tanned natural leather strap. Matt green, in its most characteristic visual form, makes a striking appearance on the dial of four iconic classic Radiomirs.

The new Radiomir with a green dial stands out from a mechanical point of view with a wide range of calibres, executed by the Panerai Manufacture in Neuchâtel. The Radiomir 45 mm is fitted with the P.4000 calibre, Panerai’s thinnest automatic movement, and it has two hands and a small seconds hand. Each of the three automatic movements has a bi-directional off-centred micro-rotor in tungsten alloy and a power reserve of three days.

Water-resistant to a depth of about 100 metres and presented in a box of satin-finished green cherry wood, the new Radiomir watches are supplied with a spare strap as well as the original one. In beige for the steel versions or black for the ceramic version, with two loops and functional reinforcing inserts in each of the holes in the green leather lining.

Gulf Craft’s Nomad 75 SUV luxury yatch, just completed a 3,300 mile journey from Dubai to Cypris in 18 days. The Nomad 75 SUV gives you range and speed. It is 75ft long with a 20ft beam and 4ft 11in draft. It has 3-decks and is at home on the high seas allowing those on board to enjoy its luxurious features making it a versatile yacht. It has wrap-around windows, spacious outdoor area and large fly-bridge providing a sweeping panoramic sea-view. It has four big bedrooms, two living rooms, spaces all around the boat, and a garage for the dingy. Also includes two crew rooms and their living area. Nomad 75 SUV’s stable semi displacement hull allows it to take on rough weather without disturbing its occupants. 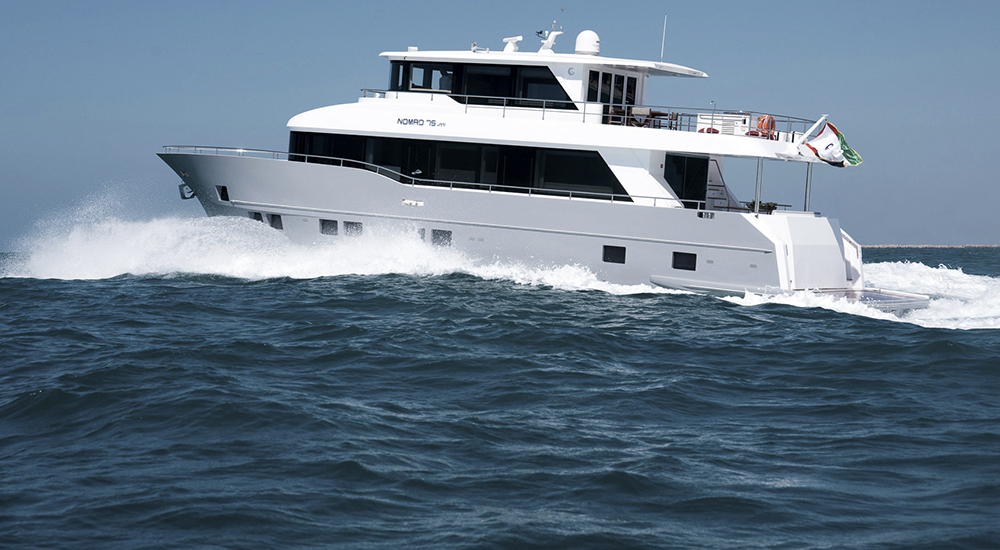 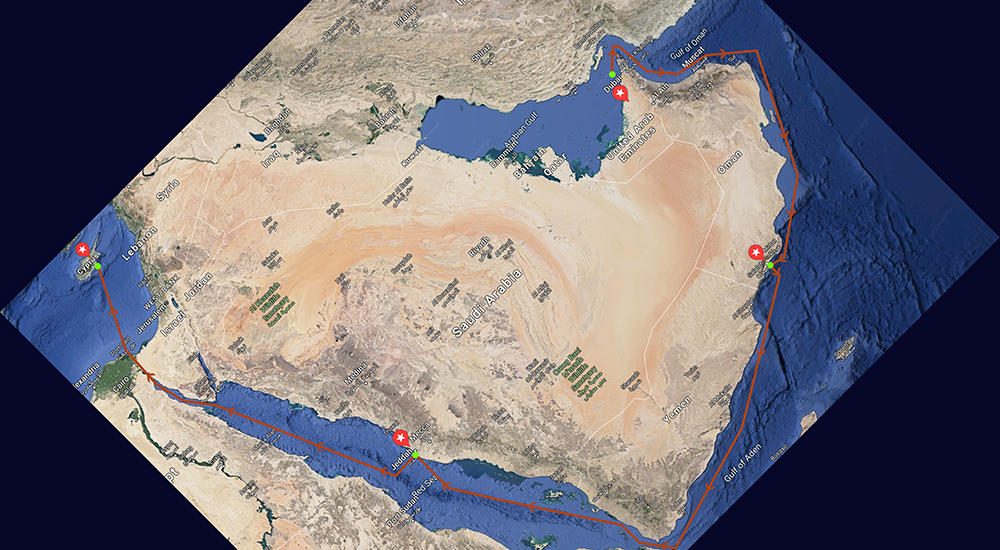 To celebrate 50 years since the NASA Apollo space mission landed the first man on the moon, ST Dupont has created a limited edition, hand-carved Apollo 11 Lunar Module lighter with gold and silver-plated USB key containing moon dust powder. Part of only eight hand-crafted lighters encrusted with diamonds, with a gold and silver finishing, they house a USB containing genuine moon dust powder. Each of the eight pieces takes over 500 hours to handcraft, with each piece’s precious stones and final colour customised to the client’s exact specifications.

The replica lunar module is gold-plated and is placed on a base resembling the moon’s surface with the ST Dupont signature engraved at the front. The top of the lunar module houses the Apollo Lighter, a double flame cigar burner, with a solid silver engraving of an astronaut containing white and black diamonds. The lunar module also contains the gold and silver-plated USB key containing moon dust powder. Each of the eight pieces will be accompanied by a certificate of authenticity confirming the luxury lighter contains Authentic Meteorite Material from the Lunar Highlands. ST Dupont, is the luxury French manufacturer of lighters, pens and leather goods. 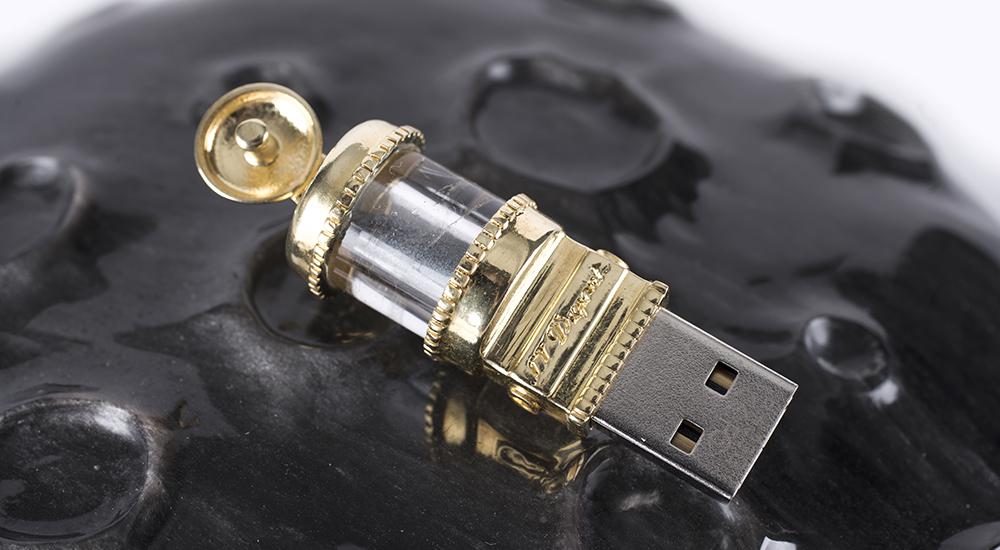 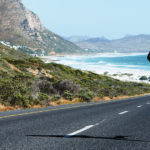 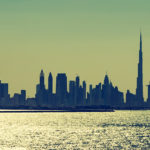