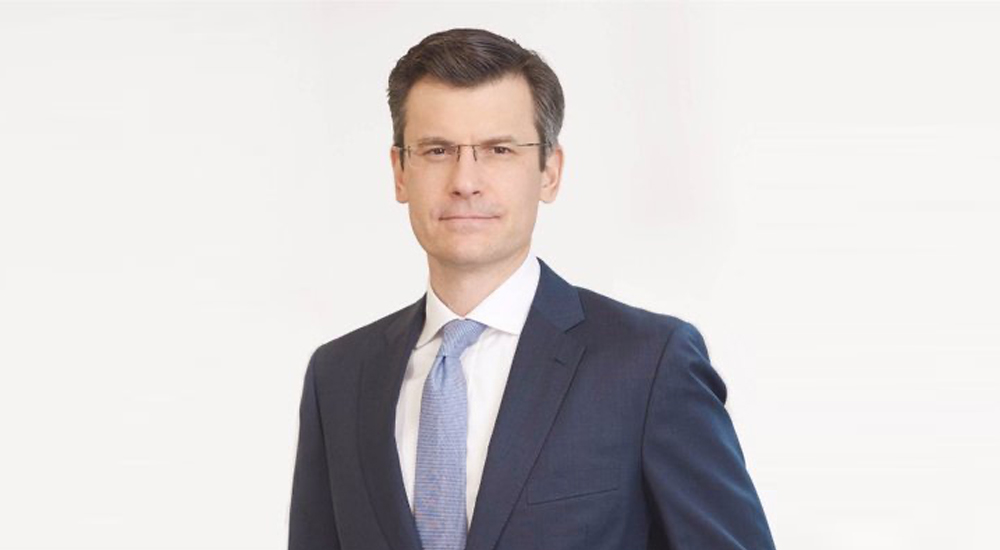 Risk assets slumped and safe havens soared on Monday as a collapse in oil prices added to the complexity facing global investors grappling with the spread of COVID-19. Brent crude futures fell more than 20%, the worst single day sell-off since January 1991, after Saudi Arabia slashed its official oil prices and signalled a significant production boost. This followed the failure of OPEC to secure additional production curbs from Russia.

Equity markets fell sharply in Asia, with even larger declines in Europe in morning trade. At the time of writing, the Stoxx Europe 600 index was down 7.4%, its sharpest fall since the Brexit referendum vote and Italy’s FTSE MIB index was down 11%. The S&P 500 opened 7% lower, triggering a 15-minute halt to trading.

Risk assets slumped and safe havens soared on Monday as a collapse in oil prices added to the complexity facing global investors grappling with the spread of COVID-19.

US 10-year Treasuries fell by 28bps to a record low of 0.43%. The number of countries with negative bond yields also continued to expand: Five-year UK yields traded below zero for the first time, and France, Germany, Spain, Portugal, Sweden, the Netherlands, Switzerland and Japan are all trading in negative territory. With 65% of Eurozone bonds at negative yields, sharp increases in risk premiums leave only Greece, Italy, Portugal and Spain positive on the 10-year yield.

The dollar came under further pressure, dropping by 1.6% versus the euro, its sharpest single-day decline since January 2018, and the yen jumped 3.4% versus the dollar, having fallen more than 9% since 20 February when coronavirus concerns intensified. The Swiss franc has appreciated 2.5% ytd against the euro, to its strongest level since July 2015. Gold is now up by 6% since the end of February, and is trading at its highest levels since 2013.

Factors which could continue to have a negative impact on markets include:

• News of further spread of COVID-19.

The virus remains uncontained in Europe and the US, with infection numbers continuing to grow. In Europe there are now more than 10,000 cases and Italy recorded 133 deaths in one day, similar to levels China experienced during the height of its outbreak in February. The Italian government imposed travel restrictions to and from parts of northern Italy, which are economically important and hold a population of some 16 million people. Such restrictions increase the chance of a sharp economic slowdown, and news of similar restrictions being imposed in other economically important regions of the world would likely be taken badly by the market.

• The oil price shock and impact on credit markets.

Lower oil prices in themselves are not a negative for the global economy. But the scale of the adjustment in prices will be challenging for the market to absorb. Given the energy sector’s 14% weighting in the US high yield index, fears about defaults in the sector could lead to wider outflows and problems accessing credit for non-energy businesses. The new issue-market has frozen, creating difficulties for companies needing to raise capital, but we note that only 2.3% of US high yield debt is maturing in the next year. In the credit default swap market, the iTraxx EUR crossover index widened by 120bps on Monday, to reach its highest level since the Eurozone sovereign debt crisis in 2012.

• The yield curve and impact on financial conditions.

The market has priced the Fed cutting the fed funds rate to zero by the end of the year, and curves are flattening, indicating some expectation that the Fed will relaunch QE. A flat yield curve and cash rates at or below zero are not a positive for the banking sector and could lead to fears about credit provision to the real economy. With credit markets currently closed to new issuance the only source of funding for corporates is currently banks and central banks.

These factors, and investor deleveraging, are likely to continue to contribute to market volatility in the near term. However, amid this weekend’s negative news there were also positive signs on both the efforts to control the virus and policymakers’ response. We are monitoring developments in four main areas that could lead us to take a more positive view on the outlook.

Amid the negative news over the weekend, the number of new cases in China, excluding Hubei province and imported cases, dropped to zero. In Korea, which has the highest number of cases outside China, the rate of increase in new cases is now also slowing, with cases now doubling after nine days, instead of three days in late February. Growing evidence that the virus can be contained in a relatively short time period with specific policies could engender market and business confident that the outbreak need not be prolonged. Evidence that more countries are having success in containing the virus and slowing new infections would also be a clear positive.

• Clarity on the net economic impact.

In the near-term, the focus of consumers is likely to be on avoiding exposure to the virus, and the resulting reduction in spending on travel and leisure activities will bring a near-term economic cost. But should fears begin to ease, consumers could begin to respond to the significant recent drop in oil prices and mortgage rates, US 30-year fixed rates are now 3.29%, from 4.41% a year ago. We should also note that, prior to the virus outbreak the US economy was on a solid footing, as illustrated by last Friday’s strong non-farm payrolls report.

The latest news is rapidly bringing forward the prospect of greater fiscal stimulus. Hong Kong has announced fiscal measures and Italy’s Prime Minister, Giuseppe Conte said that “We will use a massive shock therapy.” Fiscal measures are also being discussed in other countries, like Germany and the US. While interest rates are already close to zero, monetary policymakers can also respond with measures like quantitative easing. The crisis may also provide “cover” for some countries to experiment with coordinated monetary and fiscal action.

Valuation is rarely a catalyst in itself, but it can provide nervous investors with a yardstick for potential long-term performance. The decline in bond yields alongside falling equity prices has made equities even more attractive on a relative basis. The 12-month trailing earnings yield on the S&P 500 is now 5.4%, compared to 10-year bond yields of 0.5%. The gap of 4.9% is the largest since 2013. The 12-month trailing European earnings yield of 7.1% is 7.9ppts higher than the German bund yield of –0.87%, the widest since August last year.

The near-term market focus is likely to remain on the virus’s spread across Europe and the US, and on stress in the financial markets. The more positive recent developments, including evidence of successful virus containment in Asia, higher potential disposable income for consumers, fiscal and monetary loosening, and more favourable equity valuations, may take time to feed through into market pricing. Volatility is therefore likely to remain elevated, and we reiterate our longstanding recommendations for investors to diversify their portfolios and consider protection strategies.

Given current reduced liquidity in a number of markets, investors should also be particularly cautious about taking rushed decisions in times of volatility, noting that bid-offer spreads in equities, and particularly in credit, are likely to be wider than normal at present. By incorporating the Liquidity. Longevity. Legacy. strategies to align portfolios with financial goals, investors can manage the risk of making rash decisions that can be costly during periods of market stress.

Investors should also be particularly cautious about taking rushed decisions in times of volatility, noting that bid-offer spreads in equities, and particularly in credit, are likely to be wider than normal at present.

That said, we continue to see opportunities for investors to enhance and diversify their portfolios, and build positions for the long-term. We reiterate the recommendations and strategies we outlined in our 6 March note, 10 days later: Where do we stand?, offering guidance on the outlook and recommended portfolio strategies for the current environment:

• For those who can implement options, put-writing strategies can help investors take advantage of higher equity volatility. With the VIX at 58 and V2X at 59, the yield available from put writing is elevated, and the strategy can provide an effective way for investors with excess cash holdings to buy the dip in a disciplined way, without succumbing to behavioural biases.

• Favour strategies, which enhance portfolio yield, including buying dividend stocks and US high yield credit, amid record-low yields and falling rates. While there is scope for further near-term spread widening in HY, over a six-month time horizon we expect spreads to be considerably tighter. Meanwhile, green bonds represent a less cyclical alternative to investment grade credit, and with much lower oil exposure. Investors can also consider whether lower borrowing costs tilt the arithmetic in favour of strategies involving leverage.

• Prepare for further dollar weakness over the medium term. With the Fed likely to cut rates by more than the European Central Bank, the long-held US yield advantage is set to shrink. Since 19 February, the US dollar has weakened by 5.4% against the euro and 5.9% against the Swiss franc, with EURUSD now at 1.14. Our forecast is for further dollar weakness over the course of the year, and project EURUSD at 1.19 by December 2020.

• Risk-averse investors may consider measures to protect portfolios against coronavirus risks, including exposure to gold and longer-duration US Treasuries. Since 19 February, gold prices have rallied by 3.7% and TIPS by 2%, and long-duration Treasuries have rallied 14.7%.

• Use the drop in prices to buy into long-term themes. The recent market volatility presents an opportunity for investors to build up portfolio allocations to long-term investment themes. Even after the current crisis passes, an ageing global population, developments in healthtech, and recent strides in genetic therapies all offer long-term investment opportunities for investors seeking long-term portfolio growth. The crisis may also accelerate longer-term trends in connectivity, and localisation, benefiting companies exposed to the fourth industrial revolution and digital transformation. 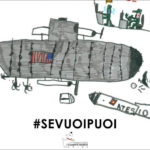 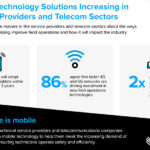 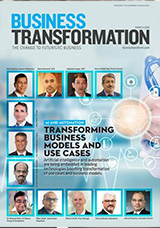