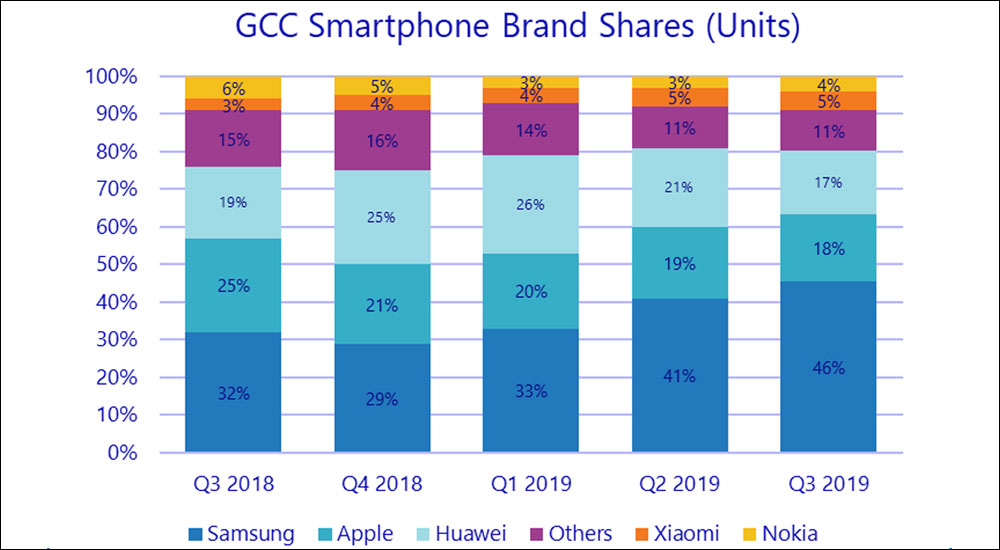 Chinese technology giant Huawei has lost its number-two position in the Gulf Cooperation Council, GCC, smartphone market for the first time since Q3 2018, according to the latest figures from global technology and consulting services firm International Data Corporation, IDC.

IDC’s Worldwide Mobile Phone Tracker shows that the overall GCC smartphone market experienced YoY unit growth of 20.2% in Q3 2019, with shipments totalling 4.84 million devices worth $1.62 billion. QoQ shipments were only up 2.2%, but this relatively modest at least represents a reversal of the smartphone market’s declining trend from 2018.

Samsung continued to lead the pack with 45.7% smartphone share, followed by Apple at 18.0% and Huawei at 17.0%. This represents a considerable turnaround from Huawei’s peak share in Q1 2019 of 25.7%, when it trailed Samsung by less than 5 points and speculation was rife that it could soon overtake its Korean rival into top spot.

“Unfortunately for Huawei, the dynamic smartphone market had other plans,” says Nabila Popal, Senior Research Manager at IDC. “Its phenomenal growth trajectory took a turn for the worse in Q2 2019, when its share dropped to 21.2% due to its well-documented problems in the US and the huge success of Samsung’s A series across the region. As a result, Samsung’s share, which had slumped to a low of 29.2% in Q4 2018 as Huawei’s march gathered pace, is now back above the 45% mark.”

With the exception of Bahrain, each of the GCC country markets experienced QoQ growth in Q3 2019, with the largest increases seen in the UAE, 4.4%; Oman, 3.4%; and Saudi Arabia, 1.9%. It is worth noting that the two largest markets in the GCC, Saudi Arabia and the UAE, both experienced very healthy YoY growth rates of 34.9% and 21.4%, respectively.

“Saudi Arabia’s quarterly growth was more modest as the market stabilises after consecutive quarters of rampant QoQ growth, while Qatar found itself in a similar situation as the market there reaches a degree of saturation. After several quarters of declines, the Kuwait market remained flat, signalling the arrival of some much-needed stabilisation, while Oman continues to be affected by a decline in pass-through business to its neighbours and a declining expat population. This latter issue, together with challenges around VAT and utility taxes, saw Bahrain post declines in Q3 2019.”

“Given the current macroeconomic situation and the subsequent drop in consumer spending in the GCC, this shift comes as no surprise,” says Popal. “The $100-$200 segment is the clear hero here as it is able to offer phones at lower prices without sacrificing on high-quality specs such as large screens and high-resolution cameras. Even looking at individual brands, this is the price band that is dominating across almost all vendors – accounting for 64% of Samsung’s shipments, 46% of Huawei’s, 56% of Honor’s, for example. It’s clear that many vendors are increasingly focusing on this price segment to account for the shift in consumer spending habits.”

The next few quarters will be an intriguing period for the GCC’s major smartphone players. Samsung will be keen to see if the success of its A series can continue at its current pace, while Huawei is likely to find it even harder to close the widening gap between itself and the market’s leader without being able to launch new phones that incorporate Google services. Meanwhile, Apple is likely to gain share in Q4 due to an increase in shipments of its new flagship devices, which have been very well received in the region but were in limited supply in Q3. 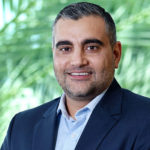 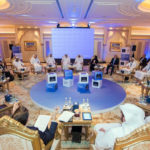 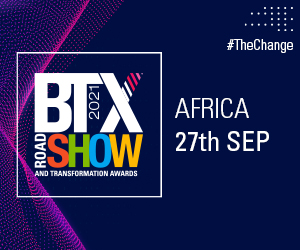 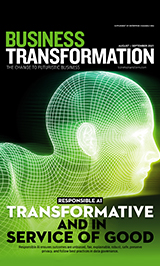 View All
More in IDC