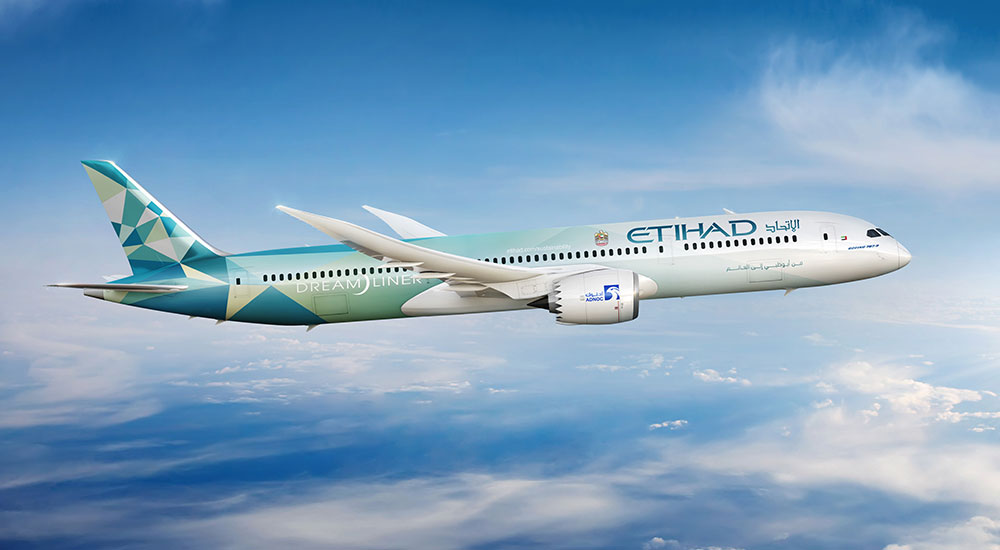 Etihad Airways, the national airline of the United Arab Emirates, has joined forces with Boeing in a strategic partnership centred on the Boeing 787 Dreamliner, and focused on innovation, cost efficiency and minimising the impact of aviation on the environment.

The Abu Dhabi-based airline, which received its first 787 in December 2014, now operates 36 Dreamliners, the largest number in the Middle East, which comprise more than one third of its total fleet and will reach 50% by 2023.

At the 2019 Dubai International Air Show, Tony Douglas, Group Chief Executive of Etihad Aviation Group, and Stanley Deal, Executive Vice President of The Boeing Company, and President and CEO of Boeing Commercial Airplanes, signed a comprehensive agreement through which the companies will share knowledge, experience and resources to continuously improve the Boeing 787 Dreamliner, and reduce aircraft carbon emissions, a major challenge across many industries today.

Etihad and Boeing also jointly unveiled a special Greenliner livery for one of the airline’s 787 Dreamliner aircraft to highlight their shared commitment to more sustainable aviation, and to test new products, procedures and initiatives designed to reduce fuel consumption.

The partnership will be underpinned by commercial and technical agreements valued at $215 million and encompassing a broad range of services including a landing gear overhaul program, high value airframe components, and maintenance planning optimisation tools.

The companies will build upon the significant technical capabilities which Etihad has developed to support both its own 787 Dreamliners, and those of a growing number of other operators, as well as engineer exchanges with a focus on further developing the skills and experience of UAE nationals.

Activities under discussion include training for pilots, cabin crew and maintenance technicians, secondment of pilots between Etihad, Boeing, and other operators, and development in Abu Dhabi of Maintenance and Repair Organisation capabilities for the type.

As a next step, Etihad and Boeing will explore partnerships with universities in both Abu Dhabi and Seattle, home to Boeing’s largest assembly facilities, to further increase capabilities which support development of the aerospace sector in Abu Dhabi, and elsewhere in the UAE.

Mohammad Al Bulooki, Chief Operating Officer of Etihad Airways, said the Etihad-Boeing agreement demonstrated a level of collaboration rarely seen in the airline industry, to deliver value not only to these companies, but also to other 787 Dreamliner operators and the broader industry. “These agreements complement our wider partnership and support future collaboration between Etihad and Boeing on supply chain management and both line and predictive maintenance, further reinforcing the airline’s commitment to reliability. They also strengthen Abu Dhabi’s credentials as a global innovation hub, a key pillar of the Emirate’s 2030 economic and social vision,” he said.

Douglas said: “Innovation, productivity and sustainability are core values and objectives of Etihad Airways, and of Abu Dhabi, and the Boeing 787 is a key enabler of all three. Etihad and Boeing see great opportunities to share our combined knowledge of this incredible aircraft, and to work with other aviation stakeholders to explore opportunities for more innovation and less environmental impact.”

Deal said: “The 787 Dreamliner and its revolutionary design have enabled carriers such as Etihad Airways to significantly reduce fuel use and emissions. It is the perfect platform for advancing our industry’s commitment to sustainable growth. We look forward to continuing our collaboration with Etihad Airways and identifying more ways to improve efficiency across commercial aviation.” 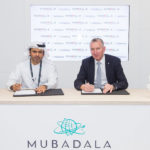