Data economy in the Gulf Cooperation Council GCC is estimated to be worth $4.7 billion, representing 0.3% of regional GDP in 2018, notably lower than 1.9% in the European Union three years earlier, according to a joint study by the Ideation Center, the leading think tank for Strategy&, part of the PwC network and INSEAD, the Business School for the World. Although data economy is still in its early stages, there is an opportunity for GCC governments to develop the sector by creating favorable conditions through a variety of approaches.

According to the latest report, governments can offer incentives to private-sector companies, such as infrastructure or solution providers, or data traders that might consider setting up a business in the local markets. Furthermore, regional governments could invest in startups that support data democratisation such as encryption solution providers; distributed ledger technologies such as blockchain; data marketplaces; cryptocurrencies; and data analysis and classification solution providers.

Data creates two-fold value and it is imperative that organisations grasp the value it represents. Companies can use data to improve internal operations and productivity, along with products and services and customer experience. Secondly, organisations can sell the data they produce, either in raw or analysed form. This will provide a boost to regional GDP and help the GCC fully realise the value data can deliver.

Global data trends are clearly visible in the GCC, thanks in part to the widespread use of smartphones and government investment in smart cities. For example, the UAE smart homes market is expected to grow rapidly, by 14.8% per year from 2016 to 2022. This compares to 12% annually between 2018 and 2024 globally. Similarly, shipments of wearables were up 78% in the Middle East, Turkey, and Africa for the period 2017—2018.

All these factors will not only enhance the quantity of data, but also its quality. This, in turn, will enable businesses to monitise it better, albeit with the right data governance for companies to maximise value in a regulated manner.

According to the Strategy& report, there are five roadblocks hindering the development of a full-fledged data economy, both globally and in the GCC. These are related to ownership, accountability, benefit, privacy, and security. The Ideation Center at Strategy& has outlined how the GCC can unleash its data economy.

The data economy in the GCC will start realising its full potential when:

In the GCC, telecom operators and large retailers are playing an important role in leveraging customer data. For example, telecom operators in the GCC have employed several use cases, such as improving their sales footprint, proactive maintenance, call center workforce planning, and network planning. Dubai Parks, Dubai Holding, and some GCC banks have also started to use data for internal optimisation.

In addition, Dubai has an all-encompassing initiative. Smart Dubai announced the Dubai Data Private Sector Strategy and Policy in April 2019. The initiative consists of creating and managing a data trust, that will serve as a repository for many companies’ anonymised data. The data trust will allow members to receive aggregated and more accurate insights on customer preferences to inform decision making for businesses and policymakers. Payments will be done through cryptocurrencies in the form of tokens, based on the amount of data shared by companies. Companies that already contribute to the trust include the Majid Al Futtaim Group and Dubai Holding.

Pierre Péladeau, a leading practitioner in digital transformations for Strategy& said: “Regulations and technology to safeguard the privacy, ownership, authenticity, and quality of data are critical. Given the emerging nature of this market, and the fact that it will remain in continuous change, governments should establish regulatory testing environments so-called sandboxes to examine new regulations, such as tacit collusion or mandatory data sharing. In addition, governments should strive to develop the sector by creating favorable conditions for individuals and companies to become more knowledgeable about their data.”

Jad Hajj, Partner with Strategy& Middle East said: “A move toward data-driven technologies such as artificial intelligence, will further increase the economic value of data. However, despite the GCC countries producing increasing amounts of data, the economic return remains small. We estimate that the GCC data economy is worth $4.7 billion around 0.3% of regional GDP, a smaller proportion than in the European Union, where it is estimated at 1.9% of GDP. GCC countries have lagged behind because stakeholders lack awareness of the value of their data, and do not sufficiently understand their data’s commercial potential.”

Theodoros Evgeniou, Professor of Decision Sciences and Technology Management at INSEAD, added: “The economic contribution of the data economy is even greater when considering that it is the main enabler for the proliferation of artificial intelligence applications. In practice, there is no artificial intelligence without data. So the more data that devices capture, exchange, and analyse, the greater the value that artificial intelligence creates. We believe that data-driven technologies and machine learning will radically improve and even transform business processes and decisions.”

Alice Klat, Director of the Ideation Center, concluded: “GCC-region countries can reap benefits from the proliferation of data if governments, companies, and individuals alike understand the value of data. Governments will need to build a legal and regulatory environment in which companies and individuals will be willing to share data and participate in building the data economy. The organisations that will be in the vanguard of this new economy will be those that understand how to align new data-driven technologies with emerging regulations.” 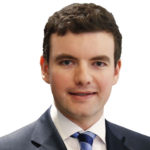 Alwaleed Philanthropies partners with museums to build Metaverse around tolerance

View All
More in Strategy&