As Saudi Arabia continues to open its doors to the world, data will play a critical role in improving market transparency in the country, according to JLL’s 2019 Year in Review report.

Saudi Arabia, which has seen dramatic changes to its economy led by the ambitious Saudi Vision 2030 and National Transformation Programme 2020, has witnessed rising transparency over the past three years. Progress in transparency has been driven by regulatory reforms, increased data collection and the publication by government bodies and international market participants who are contributing to Saudi Arabia’s rapid development.

Progress in transparency has been driven by regulatory reforms, increased data collection and the publication.

JLL said the Saudi government is conscious of the role data plays in market transparency and has played its part by rebranding its publicly available central database, The General Authority for Statistics, and has continued to collate more data from government agencies.

Ministries and government organisations such as the Ministry of Finance and the Saudi Arabian Monetary Authority have also begun to publish more micro-level indicators on a monthly or quarterly basis, according to JLL. Data from the Ministry of Justice, meanwhile, has also become an increasingly valuable indicator for commercial and residential real estate transactions.

JLL’s 2019 Year in Review report highlighted the Hotel sector in Riyadh recorded the highest November occupancy rate for 12 years due to the multiple events taking place in the city, including Riyadh Season. The popular citywide event saw an influx of tourists and locals who reside in other cities across the Kingdom. In addition, the relaxation of visa regulations attracted regional and international travellers last year.

The hotel sector in Riyadh recorded the highest November occupancy rate for 12 years due to the multiple events taking place in the city, including Riyadh Season.

“The government will continue working towards improving market transparency, in addition to enhancing the business climate and offering investment opportunities for the private sector,” said Dana Salbak, Head of Research, MENA, JLL.

“Although further effort is needed for Saudi Arabia to become a transparent market, there remains strong political will to continue implementing positive reforms to its economy and the real estate market in particular. Access to robust, reliable and comprehensive market and investment performance tracking data is absolutely key for overall real estate transparency,” said Salbak.

“We are seeing investor demand for enhanced transparency that is extending to a broader range of cities across the globe, including the likes of Riyadh. There is also a greater acknowledgement among city governments that real estate transparency can contribute to a more competitive, efficient and flexible environment for investors and entrepreneurs.”

“We can expect to see further relaxation of rules and regulations in support of various activities across a range of sectors and industries, particularly those that are helping to drive economic growth such as tourism,” said Salbak. 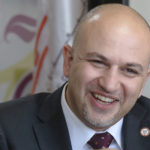 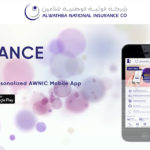