The 2019 Gartner Hype Cycle for Blockchain Business shows that the business impact of blockchain will be transformational across most industries within five to 10 years. Banking and investment services industries continue to experience significant levels of interest from innovators seeking to improve decades old operations and processes, however only 7.6% of respondents to the CIO Survey suggested that blockchain is a game-changing technology.

That said, nearly 18% of banking and investment services CIOs said they have adopted or will adopt some form of blockchain technology within the next 12 months and nearly another 15% within two years.

Blockchain in gaming. In the fast-growing esport industry, blockchain natives are launching solutions that allow users to create their own tokens to support the design of competition as well as to enable trading of virtual goods. The tokens provide gamers with more control over their in-game items making them more portable across gaming platforms.

In retail, Blockchain is being considered for track and trace services, counterfeit prevention, inventory management and auditing, any of which could be used to improve product quality or food safety, for example. Whilst these examples have value, the real impact of blockchain for retail industry will depend on supporting new ideas, such as using blockchain to transform or augment loyalty programs. Once it has been combined with the Internet of Things and artificial intelligence, blockchain has the potential to change retail business models forever, impacting both data and monetary flows and avoiding centralisation of market power.

As a result, Gartner believes that blockchain has the potential to transform business models across all industries, but these opportunities demand that enterprises adopt complete blockchain ecosystems. Without tokenisation and decentralisation, most industries will not see real business value.

“Even though they are still uncertain of the impact blockchain will have on their businesses, 60% of CIOs in the Gartner 2019 CIO Agenda Survey said that they expected some level of adoption of blockchain technologies in the next three years,” said David Furlonger, Distinguished Research Vice President at Gartner. “However, the existing digital infrastructure of organisations and the lack of clear blockchain governance are limiting CIOs from getting full value with blockchain.”

“We see blockchain in several key areas in banking and investments services, primarily focused on permissioned ledgers,” said Furlonger. “We also expect continued developments in the creation and acceptance of digital tokens. However considerable work needs to be completed in non-technology related activities such as standards, regulatory frameworks and organisation structures for blockchain capabilities to reach the Plateau of Productivity, the point at which mainstream adoption takes off, in this industry.

“High user volumes and rapid innovation make the gaming sector a testing ground for innovative application of blockchain. It is the perfect place to monitor how users push the adaptability of the most critical components of blockchain: decentralisation and tokenisation,” said Christophe Uzureau, Research Vice President at Gartner. “Gaming startups provide appealing alternatives to the ecosystem approaches of Amazon, Google or Apple, and serve as a model for companies in other industries to develop digital strategies.” 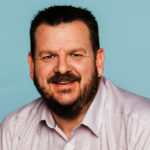 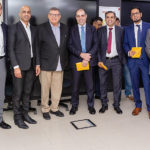 View All
More in Gartner

Why CIO mindsets are not suitable for digital biz
May 21, 2019