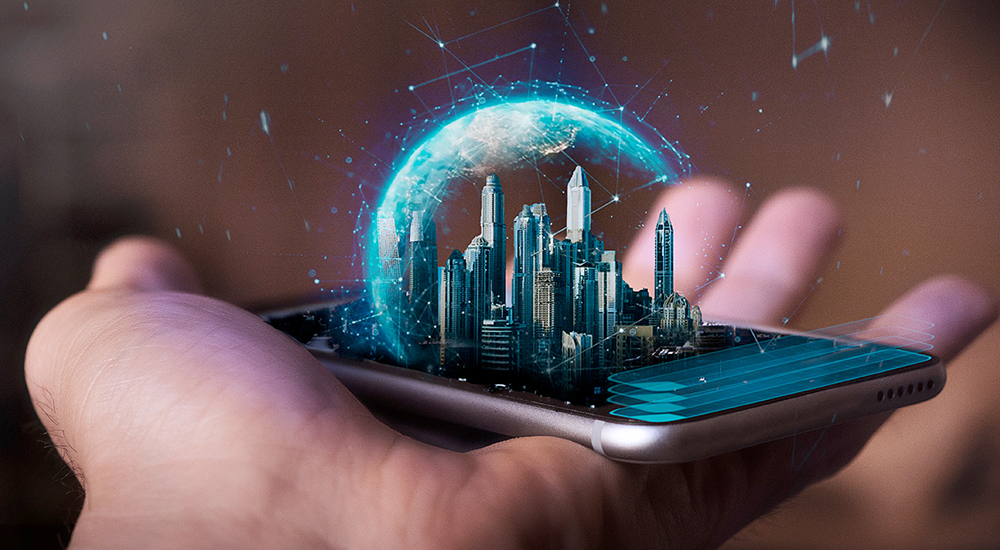 Is smart city just a buzzword? The term has been around for almost a decade and yet remains one of the lesser understood of the new age digital technologies.

Here is a definition from the Smart Cities Council: A smart city uses information and communications technology to enhance its livability, workability and sustainability. A smart city collects information about itself through sensors, devices and existing systems. It communicates and shares the data generated using wired or wireless networks. It analyses data to understand what is happening now and what may happen next.

“Compared to global initiatives, the region leads in the adoption and roll out of smart city initiatives. And that is mainly because of wider and deeper initiatives, which the region has gone ahead with. As compared to some of the other geographies there are pockets of excellence here,” says Ashish Khare, General Manager and Global Practice Head, IoT and Smart City CIS at Wipro Limited.

Country wide initiatives depend on taking the success to a large community, in comparison to a single city taking multiple initiatives. When it comes to taking that success to larger community, and to other cities within the country, or within the region, that is where the differentiation comes in.

A smart city initiative typically includes multiple sectors, such as travel and transport, law and government, utilities, and is a strategic approach rather than a point solution. The success of a smart city initiative depends on selection of the right technology for process improvements. But since it directly impacts citizens, there is a human angle to it.

While technology is looked at as a key driver, it is not a technology project alone. The business angle and the human angle drives success here, while technology becomes more of an enabler to get that success. Unless these aspects are understood, followed by selection of the right technology to align benefits, the initiative will remain more of a drawing board discussion.

“Smart city is nothing, but, a collaboration of smart retail, smart healthcare, smart transportation, smart traffic systems. So, all these things need to come together to make a successful smart city project,” explains Jacob Chacko, Regional Director, Aruba Middle East and South Africa.

“A smart city initiative is productive and successful, when you consider the human element and the citizen’s quality of life,” reinforces Aruba’s Chacko.

“From Aruba’s perspective, we are enablers of infrastructure and add the security side of things, which is one of the very clear building blocks in ensuring that a smart city project is successful,” he continues.

A key consideration in any smart city initiative is the final business outcomes and the level of cyber security built around them.

“Mostly when people talk about smart cities, they talk about a use case and associated benefits of that use case. We do not stop there and we talk about how to do the overall strategy, plan the initiative, and then getting to the final goal,” says Wipro’s Khare.

A single use case in a smart city initiative can be the starting point, but it cannot end there. Based on the priorities of a geography, region or country, multiple such use cases need to be identified and prioritised.

“The most important thing is to start a smart city journey and make it a long-term strategy, aligning things accordingly,” explains Wipro’s Khare. “The final goal of any such vision is how do we bring multiple tracks together.”

Individual use cases and point solutions, enabled by various technologies, need to be blended through network connectivity and security, finally extracting building blocks of data. The availability of such integrated data further allows data correlation and data insights across all the use cases.

The benefit of such an integrated data picture across multiple use cases, far exceeds the benefit of data analytics and correlation from a single use case.

As an example, Wipro’s Khare points to waste management, that impacts multiple aspects of a citizen’s life. “If we look at waste management as only the waste collecting vehicles and the bins, then we are narrowing it down and we are not using the real benefits from a citizens standpoint. Waste not only impacts an individual but impacts a larger community in the way it is managed. These are all connected blocks,” he elaborates.

Another challenge which smart city initiatives face in real life situations is their inability to scale in size, typically remaining as isolated use cases, inside a community or a city. There are at least two fundamental reasons for this according to Wipro’s Khare.

Smart city initiatives are complex projects and require tight collaboration between government agencies, departments, private parties, technology providers and service providers. “I would say the biggest showstopper for mass deployment and peak adoption is the fear of failure itself. Even if one of these collaborating elements are not in the right shape, that impacts the initiative,” says Wipro’s Khare. The countervailing best practice is therefore to progress in a step-by-step fashion.

The other inhibitor that limits the ability of smart city initiatives to scale without intervention is the wide gap between establishing a definite return on investment versus establishing a visible cost to benefit equation. “Smart city initiatives and Internet of Things cannot be justified completely on RoI. I would say cost benefit analysis is the key, while a return on investment is part of the benefit,” explains Wipro’s Khare.

“In other words, choosing a set of technologies in the right combination, are making use cases available with the right balance of cost,” reflects Wipro’s Khare. These positive changes are now creating a favorable outlook towards smart city initiatives in the region, often involving multiple use cases.

According to IDC, there will be 55 billion connected devices by 2022, which are typically sensors with a range of functionalities. Smart city solutions from Aruba, aided by artificial intelligence algorithms, address the infrastructure, networking, and security layers. Solutions from Aruba address the digital IP vulnerability of these sensor devices as they are activated and connected to a smart city network.

If the control of these devices is compromised, the entire smart city network can also be compromised. “We have always been focused on security to ensure the plethora of devices or sensors, which are out there in a smart city, can be onboarded into the network in a safe and secure manner,” points out Aruba’s Chacko.

In any smart city solution, an understanding of the network connectivity points is important. Connectivity can be through wireless, wired, or low power networks for sensors.

A key solution provided by Aruba is the IoT gateway, that interconnects mixed networks in a smart city solution. “The IoT gateway opens up doors for connectivity models to come and get embraced into the technology,” explains Aruba’s Chacko.

Aruba’s networking technology rapidly detects and categorises the types of devices on the network. Additional solutions like ClearPass Device Insight provides visibility to assess the security profile of the devices and displays the information on a customer facing dashboard.

Using artificial intelligence, Aruba solutions also segments the network traffic to ensure that there is no latency and that data analytics is done in the most optimum manner at the edge or at the core. Suitable and optimised network telemetry by Aruba solutions, ensures that data is well segmented resulting in high efficiency of data processing.

Aruba has used specific chipsets with artificial intelligence embedded in it to optimally route network traffic. The data science models for routing of network traffic have been collected from millions of devices supplied by Aruba across the globe.

Aruba’s data science models receive updates in real time and help to align network traffic with processes. This process of using artificial intelligence to manage network traffic for the purpose of optimisation of data analytics and aligning with business processes, is termed as AI ops.

“We call it dynamic segmentation, where we exactly segment the right traffic to the right destination. Artificial intelligence can only generate benefits if the data is segmented and that is achieved by segmenting the network traffic from the initial stages itself,” adds Aruba’s Chacko.

“Data segmentation is a critical element, because we do not believe in getting everything together at one place and trying to process it that way,” says Wipro’s Khare. “Even if we look at command and control, we believe a city may not have a single command control. It may have distributed command controls for ease of operation, and for managing technology,” he continues.

Using such an architecture means initiating data segmentation and then processing and targeting the data in the right place.

Citing the example of the Internet in 1995, and iPhone in 2007, Aruba’s Chacko points out that the role of artificial intelligence in networking technologies is also fast reaching a similar point of inflection. Another technology that is rapidly approaching the point of inflection for smart city initiatives will be the roll out of 5G telecom technology.

“5G technology is well suited to manage the requirements of smart city initiatives in terms of volume of data, and the speed of data transfer. 5G is going to be the next inflection point, as far as smart cities are concerned,” says Aruba’s Chacko.

Wipro’s Khare also emphasises the close bonding between 5G technology and Internet of Things. “I would say 5G and IoT are tightly bonded. The adoption of IoT will change with 5G coming in to the masses. 5G monetisation cannot happen without IoT. These two things are complementary and will go hand in hand, and probably the inflection point is very close to us now.”

“The learning point from the current pandemic is to start preparing technologies to align with such situations in the future. And for this, image analytics, occupancy management, contact tracing are going to be key technology enablers,” feels Wipro’s Khare.

As a conclusion, Aruba’s Chacko points to a statement made by Fareed Zakaria in his book: 10 lessons for a post pandemic era. “One of the quotes that he made, which was very interesting was, there are decades when nothing happens, and there are weeks when decades happen. We are exactly in that era now.” 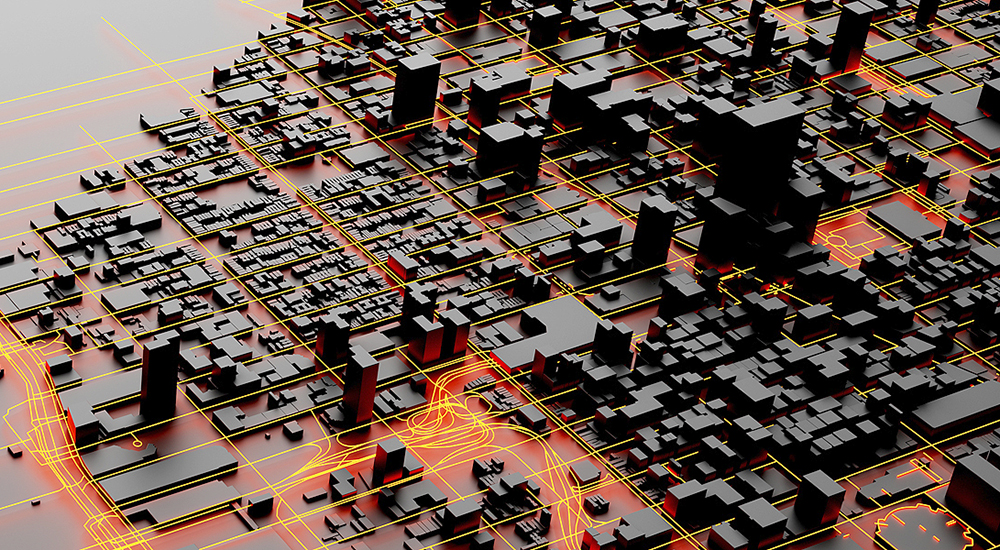 In the first area, Wipro brings in its domain knowledge, advisory and consulting services, and connects them with citizen, city or country challenges, aligning them to priorities and processes. It further maps all of this to technology solutions in consultation with partners like Aruba.

The second area that Wipro operates in, is platform engineering including systems integration and data analytics. And the third is adding its own intellectual property into building the solutions for smart city initiatives.

The critical building blocks of any smart city initiative with a larger Internet of Things use case, are digital infrastructure, connectivity, security, and the platform. These need to be tightly integrated through security and need to leverage on various technologies to deliver the final benefits.

And finally, there needs to exist a service management framework, which does continuous device monitoring and benefit analysis to deliver the results as they were committed.

In order to deliver these components, Wipro partners with technology players for various aspects like digital infrastructure, connectivity, security. “Technology comes from various ecosystem partners and Aruba is one of the most important partners in them. All these steps need to be tightly coupled,” stresses Wipro’s Khare.

According to the document titled, Wipro’s smart city, unleash the power of connected everything, the key industry and service sectors for smart cities include:

A smart city is all about making smart use of digital technologies to improve quality of life with better environment to live and ensure sustainable growth. 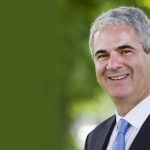 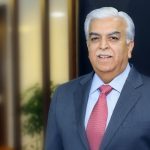 Is India's Mahabharata of relevance in today’s digital world