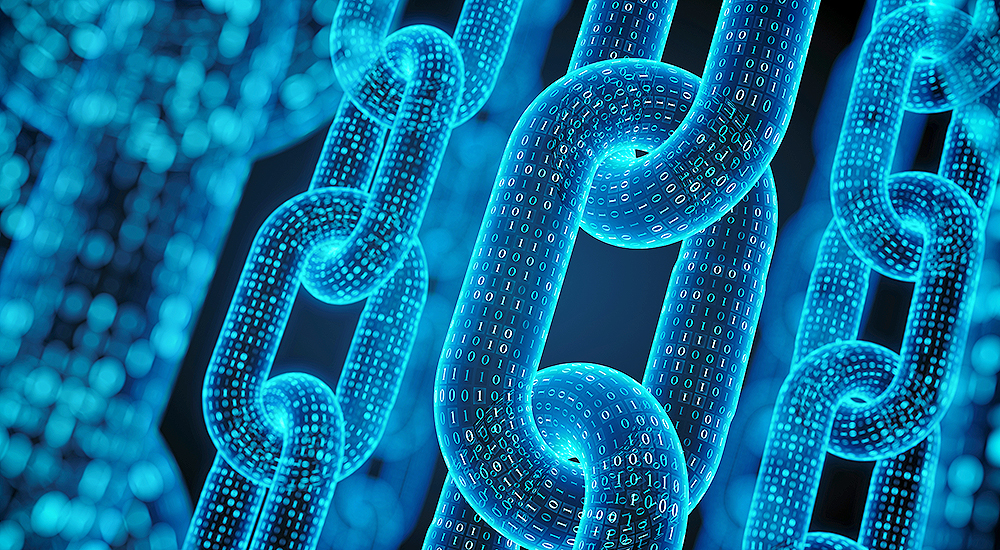 The Dubai Blockchain Strategy, that was launched by His Highness Sheikh Hamdan Bin Mohammad bin Rashid Al Maktoum in October 2016, establishes a roadmap for the introduction of blockchain technology for Dubai and the creation of an open platform to share the technology with cities across the globe.

Technically speaking a blockchain is a distributed ledger of records, arranged in data batches called blocks, that use cryptographic validation to link themselves together into an unbroken chain. The encryption process, known as hashing is carried out by multiple computers. If they all agree on the answer, each block receives a unique digital signature.

What is attractive about blockchains are that they are secure by design, as the distributed nature means it is very hard for anyone to tamper with the data – as a hacker would have to get access to every copy of the database contemporaneously to be successful.

While the concept of mutual distributed ledgers is not new, the blockchain has gained more recent prominence as the technology underpinning the Bitcoin cryptocurrency. What blockchain technology enables is a way to validate transactions through little or no human intervention.

Instead of requiring the involvement of middlemen and manual processing, a potentially huge amount of transactions could be validated automatically using blockchain technologies.

If banks and other financial institutions can increase the speed of transactions and reduce costs in the banking system, it should mean cheaper and more efficient services for consumers. For example, sending money overseas could become nearly instantaneous.

Blockchain ledger technology could be used not only for decentralised transactions but also for smart automated and computable transactions and smart computable and self-executing contracts that can take advantage of smart transactions.

To be clear, the term smart contract does not refer to a true contract in legal terms. Essentially, a smart contract is a piece of software code that two or more parties programme to cause certain actions to happen in response to the occurrence of specific conditions.

From a UAE perspective, Article 12 of Federal Law No1 of 2006 on Electronic Commerce and Transactions appears to have anticipated smart contracts as it provides that valid and enforceable contracts can be formed by computer programs, defined as automated electronic agents that include two or more electronic information systems preset and pre-programmed to carry out the transaction, even if no individual is directly involved.

The Dubai government has clearly recognised the potential of blockchains and through the introduction of the Dubai Blockchain Strategy, it is pioneering the application of new blockchain based technology. If the Strategy is successfully implemented, Dubai should have the first blockchain powered government.

The Strategy is built on the three pillars of:

Documentation, such as visa applications, bill payments and license renewals, which the Dubai government estimates currently account for over 100 million documents each year, will be transacted digitally under the Strategy. It has been estimated that the use of blockchain technology could contribute savings of up to 114 M Tons CO2 emissions from trip reductions, and redistribute up to 25.1 million hours of economic productivity in saved document processing time.

Under the second pillar of Industry Creation, the Strategy will introduce a system for enabling the creation of new businesses using blockchain technology. The Dubai government in its announcement of the Strategy expected the volume of the blockchain market to hit $300 million over the next five years. Industries that would likely benefit from blockchain technology include: real estate, fin-tech and banking, healthcare, transportation, urban planning, smart energy, digital commerce and tourism.

The third pillar of the Strategy is International Leadership. Under this pillar, Dubai will open its blockchain platform for global counterparts to enhance safety, security, and convenience for international travelers to Dubai.

Under the Strategy, international travelers will benefit from faster entry with pre-approved passport and security clearance and visas; easier mobility within Dubai due to approved drivers’ licenses and car rental; guaranteed wireless connectivity; enhanced tourism and pre-authenticated temporary digital wallets and payments.

The third pillar of the Strategy is to be delivered through a Global Trust Network with partners in Europe, North America and Asia.

Prior to the launch of the Strategy, the Dubai Future Foundation had already founded the Global Blockchain Council, an initiative that includes 42 government entities and private companies to discuss the best applications in blockchain technologies.

As a distributed ledger blockchain based systems have the potential to reduce or eliminate many categories of validation and verification issues for simple transactions. There is no need for trusted third parties such as banks to complete transactions. Consequently, blockchains could become the norm for data records sooner rather than later.

Through the Strategy, the Dubai Government is recognising Blockchain as the next step in digital transformation of the public and private sector and positions Dubai as a leading center for blockchain development and innovation. 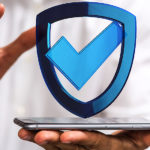 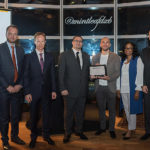